Transmissivity and hydraulic conductivity determine the capability and efficiency of an aquifer to transmit groundwater. In the context of coal mining and CSG extraction, these parameters serve as controlling factors to the impact of coal resource developments on their surrounding aquifers. They also have a dominant role in spreading potential contaminants. This analysis aims to gain a comprehensive understanding of the hydraulic properties of main aquifers in the Clarence-Moreton bioregion, provide initial hydraulic parameters for the subsequent numerical groundwater model, and locate gaps in the state groundwater databases. 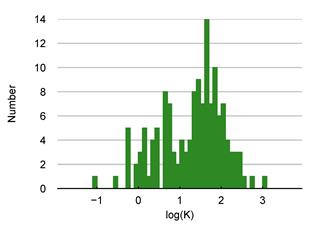 Figure 50 Histogram showing the distribution of log(K) in the alluvium across the Clarence-Moreton bioregion, where K is hydraulic conductivity (m/day) 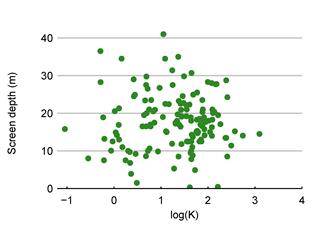 Figure 51 Scatter plot showing the relationship between the screen depth and log(K) in alluvium, where K is hydraulic conductivity (m/day)

The screen depth was considered to be the midpoint of the screen interval. 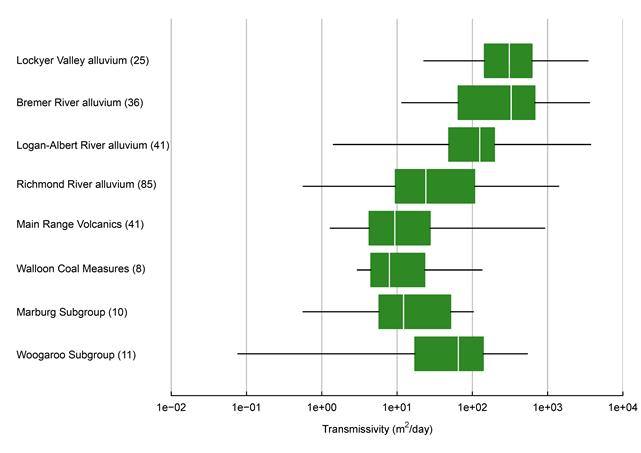 The black lines in the plot extend to the minimum and maximum for each aquifer. The extent of the green boxes represents the 25th (left) and 75th (right) percentile, respectively. The white line represents the median. The number of records for each unit downward is shown in brackets after the formation name. 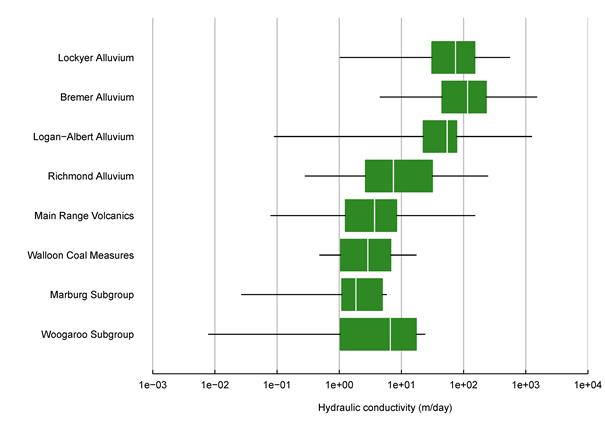