Several open-cut coal mines are active or planned in the Gloucester subregion (Figure 14). For each, mine-pit footprints are digitised of the historical position of the main excavation, the approved extensions and the proposed new developments. Figure 15 summarises the water extraction for each pit from a mixture of measured rates (for the historical pumping rates), and modelled, expected pumping rates (baseline coal resource development (baseline) and CRDP), based on environmental impact assessment reports (see companion product 1.2 for the Gloucester subregion (Hodgkinson et al., 2014)). Note that the mine footprints are entirely contained within the surface weathered and fractured rock layer, that is, none of the mine footprints extends into the alluvium. 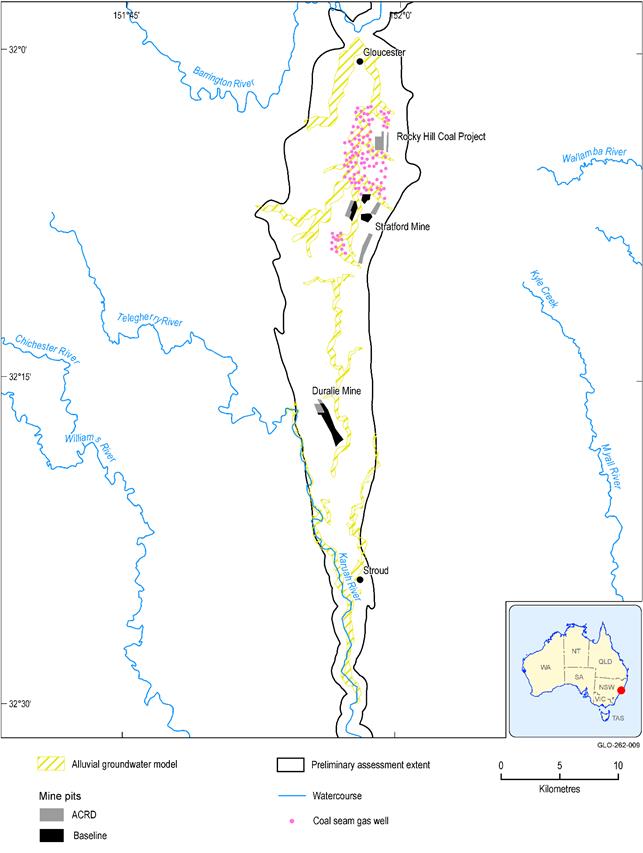 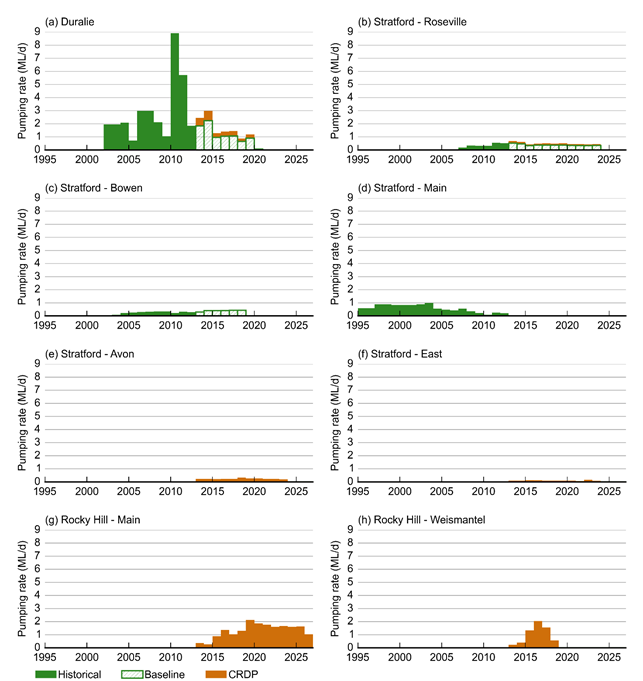