GAB springs in the Neales-Peake catchment are located coincidentally with hypersaline reaches of both the Neales River and Peake Creek. Directly upstream of these saline reaches are poorly channelised sections of river, with no permanent waterholes. This section separates the generally fresh upstream reaches from the more saline downstream reaches. The hypersaline reach is characterised by a single primary channel, hypersaline unconfined groundwater in the floodplain and no deep, permanent waterholes (Costelloe, 2011). During periods of no flow, shallow residual pools in this reach eventually become hypersaline owing to discharge from the hypersaline unconfined groundwater into the primary channel. This process is facilitated by recharge to the unconfined groundwater during flow events, resulting in the local watertable level rising to above, or near, the base of the channel (Costelloe, 2011). Two factors contribute to the presence of the shallow watertable in this reach, namely the presence of relatively impermeable mudstone underlying the alluvial sediments and the upward hydraulic gradient from vertical leakage from the GAB (Costelloe, 2011). It is likely that the leakage from the GAB is also making a small but significant contribution to the alluvial groundwater (JF Costelloe, pers. comm., 2013). However, this is probably confined to areas where secondary porosity development via faulting has occurred (Keppel et al., 2013). Zones of recharge potential have been identified throughout the centre and south-west of the basin (Figure 12 in Section 1.1.4), however these have not been verified.

The most illustrative example of interaction between surface water networks and GAB springs occurs at North Freeling Waterhole. Labelled in Figure 33, North Freeling Waterhole is a shallow (0.2 m) artesian groundwater fed waterhole located approximately 500 m south of the well-defined main channel of Peake Creek. Large subcatchment or whole of catchment floods would cause the inundation of the waterhole and these events may be expected once per five to ten years (JF Costelloe, pers. comm., 2013). The 2010 floods did not connect the waterhole with Peake Creek. Salinity measurements taken during the course of the Critical Refugia Project (Costelloe, 2011) demonstrated that the waterhole was slightly more saline than nearby springs. The frequency of surface water inflow may be sufficient to keep this pool from becoming hypersaline or, alternatively, there is a sufficient gradient for constant outflow that prevents excessive salinity build-up (Costelloe, 2011). 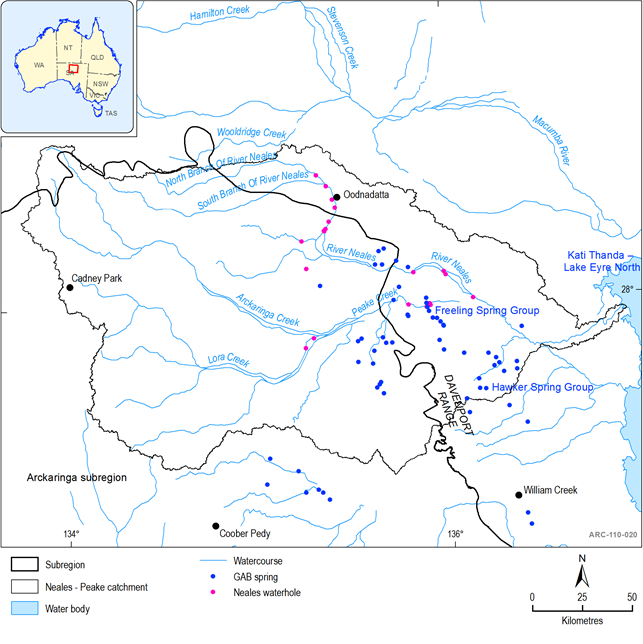 Figure 33 Springs and waterholes of the Neales-Peake catchment

In addition to interconnections between GAB springs and surface water drainage networks, several waterholes in the Neales-Peake catchment have been identified as potentially losing some water to shallow, unconfined aquifers (Russell, 2009), the significance of which is discussed in Section 1.1.5.1.1).