The pastoral industry represents the predominant land use across the Arckaringa subregion (Figure 6) being established soon after European exploration of the region (Smerdon et al., 2012). There is a primary focus of beef-cattle production, while some sheep production occurs in the vicinity of Coober Pedy and the southern and central regions of the Arckaringa subregion.

In recent times, mining has become an important industry in the subregion, although activity remains restricted in geographic extent. Opal mining occurs within the Coober Pedy Proclaimed Precious Stones Field, while copper, gold and iron ore are mined towards the south-eastern corner of the Arckaringa Basin at the Prominent Hill, Peculiar Knob, and Cairn Hill mining operations (Wohling et al., 2012).

Tourism is an important activity in the region, although, like mining, only covers a small geographical extent. Tourism is largely concentrated along the main transport routes, towns and conservation parks. A number of conservation parks are located within and in close proximity to the Arckaringa subregion; these include the Wabma Kadarbu, Kati Thanda – Lake Eyre and Witjira National Parks (NP), the Simpson Desert Regional Reserve (RR) and Tallaringa Conservation Park (CP), and the Mount Willoughby Indigenous Protection Area (IPA). Specific tourist attractions within the subregion include Coober Pedy and its opal mining industry, the breakaways, the Painted Desert, Great Artesian Basin (GAB) springs and historical infrastructure associated with the Old Ghan Railway and Overland Telegraph Line. The subregion also contains numerous sites of Indigenous significance. The Woomera Prohibited Area (WPA) overlaps the southern portion of the Arckaringa subregion (Keppel et al., 2013; Smerdon et al., 2012; Wohling et al., 2012).

Surface water resources within the subregion are small in volume and unreliable in supply; Sibenaler (2010) describes the use of surface water as generally limited to opportunistic pastoral industry supplies and roof runoff harvested via tank systems for domestic purposes. Consequently the majority of water supplies for the region are sourced from groundwater, with the GAB being the primary source.

According to SAAL NRMB (2009), the primary users of GAB groundwater in the South Australian portion of the GAB outside of springs and wetlands included stock and domestic and the mining and petroleum industries. Future projections suggest that groundwater use by the mining, petroleum and energy production industries may increase (Fluin et al., 2009).

SAAL NRMB (2009) suggested that GAB springs provided the single largest ‘demand’ for GAB groundwater resources within their area of jurisdiction; while the volume of water to springs was expected to remain similar going forward, increases in water demand from extractive industries suggested that it would no longer be the largest ‘user’ of groundwater resources into the future. It should be noted that management of GAB springs in the general vicinity of the Arckaringa subregion is based upon groundwater pressures within the GAB aquifer in the vicinity of springs, rather than through volume allocation. Consequently such comparisons between springs and commercial groundwater abstractions should be qualitative only.

Currently the single largest known user of groundwater resources from Arckaringa Basin aquifers is the Prominent Hill Mining operation, which has licences to extract up to 26.6 ML/day from two borefields located within the south-eastern corner of the Arckaringa Basin (SKM, 2009). 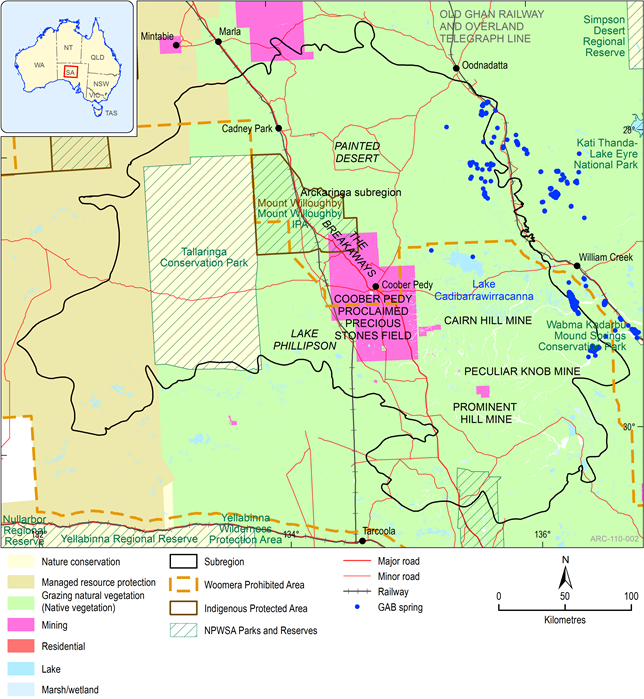 Figure 6 Land use and human geography of the Arckaringa subregion