The Isa Superbasin of northern Queensland extends approximately 56,000 square kilometres along the northern part of the Queensland-Northern Territory border.

On 18 January 2018 the Isa GBA region was announced as the second basin selected for assessment under the Geological and Bioregional Assessment Program. The selection was based on the region’s world class petroleum source rocks, demonstrated shale gas flows, and proximity to pipeline infrastructure.  These features make it a candidate to deliver new gas supplies to the East Coast Gas Market in the next five to 10 years. 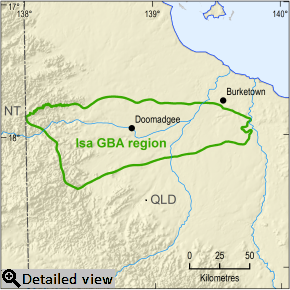