The spatial extent of each mine working is represented in the model by its footprint and varies through time. Each working is associated with a coal seam, which defines its depth. Footprints were obtained from a number of sources. Each development is included in the model as a head-dependent boundary which results in the water produced being dependent upon the model parameters rather than an imposed stress.

Hydraulic enhancement above longwall mines is implemented over the mine footprint and the change is assumed to be permanent. The magnitude of and depths over which hydraulic enhancement occur is uncertain and the parameters that govern these terms are varied in the uncertainty analysis.

bGunnedah Precinct and Vickery South Coal Project are in the CRDP but are commentary only. 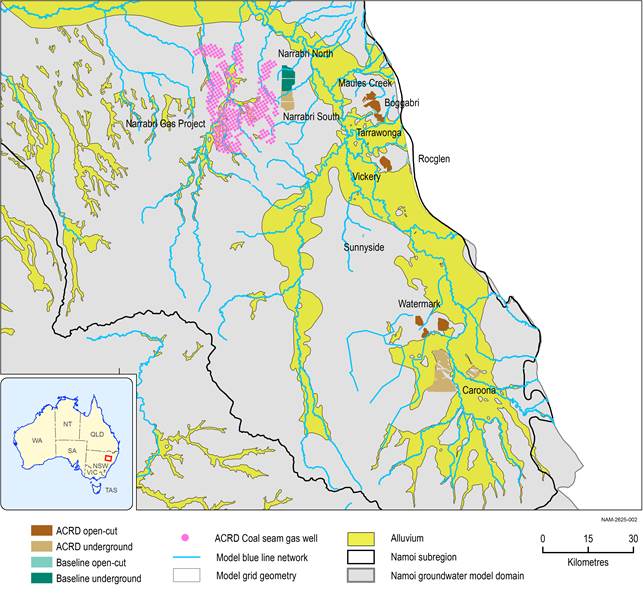