All geographic data specific to the Gloucester subregion were obtained from state or national datasets. This means no statistical analysis or interpolation was performed to generate any of the geographic datasets. However, to characterise errors of the input climate data used for the water balance modelling (reported in companion product 2.5 for the Gloucester subregion (Herron et al., 2018)), some subregion-specific spatial analysis was performed. This is outlined in the following sections.

In addition to generating daily and monthly grids of meteorological variables (P, Tmax and Tmin), the Bureau of Meteorology (Jones et al., 2009) also generates daily and monthly RMSE grids of the same variables. These daily and monthly RMSE grids are a combined measure of the observational error and geostatistical error; the latter being a function of the interpolation algorithm, density of isolated station observations and degree of spatial-autocorrelation of the process(es) driving the spatial variance captured in the data being interpolated.

To characterise errors of the input climate data the long-term (from January 1980 to December 2009) monthly mean values for P, Tmax and Tmin were calculated. Also calculated were the long-term monthly RMSE mean values for the same variables for the same time period. Relative error, expressed as a percent, was calculated by dividing monthly RMSE mean grid by the monthly mean grids (i.e. RMSE grid/mean grid for each meteorological variable).

The spatially-averaged long-term monthly mean P for the Gloucester subregion is 87 mm/month, and the associated P RMSE subregion mean is 40 mm/month, see Figure 3a and Figure 3b, respectively. This results in a relative error of 46% in the input P grids (Figure 3c). The relative high error is due, in part, to P being a highly spatially variable process (it has low spatial autocorrelation) especially in areas such as those proximal to the Gloucester subregion that have high amounts of relative relief. Additionally, in the relative error grid the influence of spatial density of meteorological stations is clearly seen. In the north-east of the Karuah river basin (near the location of Myall Lakes National Park) and in the north-western portion of the Manning river basin (proximal to the Barrington Tops National Park) the higher relative P errors are found due to the low density of observations in these regions. 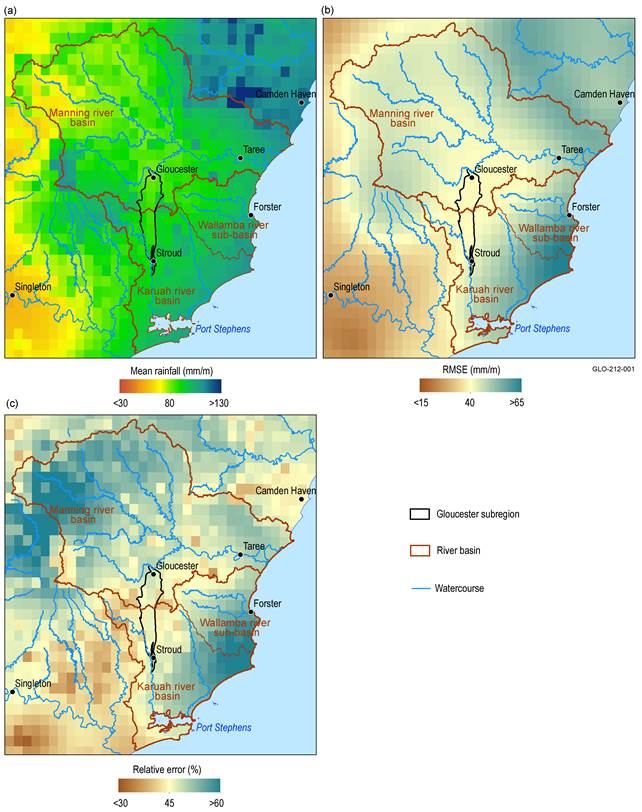 Figure 3 Spatial variation of precipitation from 1980 to 2009 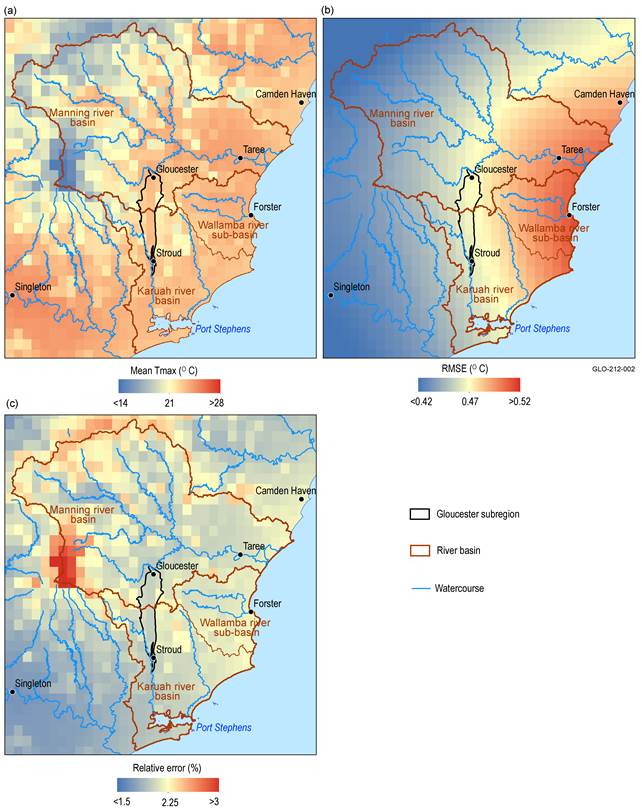 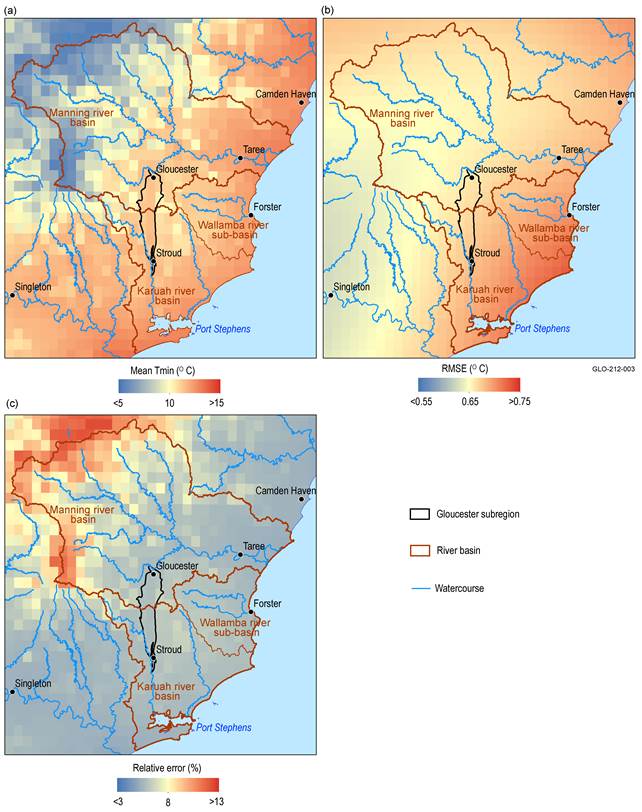