The deep wells dataset consists of stratigraphic and lithological data extracted from petroleum exploration well completion reports (WCRs) (WCR details are included within the list of references following Section 2.1.2.3). Other well data are available, such as groundwater bores and coal bores that could provide more detail within each shallow geological level, but they were not integrated into the model due to time and resource constraints and the objective of building a model fit for regional-scale groundwater modelling.

The geophysical and geological maps datasets comprise regional-scale data that could be incorporated into a model with a 2 km2 grid cell resolution within the available time and resources. The selected datasets comprise SRTM (Shuttle Radar Topography Mission) topography (Geoscience Australia, Dataset 7), bathymetry (Geoscience Australia, Dataset 6) and deep structure datasets, the 1:2,500,000 scale Geological Map of NSW (Scheibner, 1999) and the stratigraphy, structural and isopach maps described in companion product 1.1 for the Hunter subregion (McVicar et al., 2015). Maps based on these datasets are published in this companion product as follows:

The first wells were drilled in the 1920s by the Thrift Mineral Prospecting Syndicate. The rate of deep well drilling increased in the 1960s with the Australian Oil and Gas Corporation Ltd exploration campaigns. In the late 1980s and early 1990s, CSG emerged as a viable development opportunity and provided the motivation to drill more wells. Sydney Gas Ltd, Sydney Gas Operations, Macquarie Energy Pty Ltd and AGL Energy Limited have been responsible for most of the drilling in the last 15 years.

In all, 105 WCRs were consulted and included all onshore deep wells in the Hunter subregion, as well as those within 50 km of its boundaries (104 wells) and one offshore well, located within 50 km of the subregion (Table 3). The offshore well is New Seaclem 1 and was drilled in 2011 (Advent Energy, 2011). A full listing of the WCRs is provided within the list of references following Section 2.1.2.3.

Data: see the listing of well completion reports within the list of references following Section 2.1.2.3

Well distribution varies across the Hunter subregion (Figure 6). The highest concentrations are in the Hunter Coalfield around Singleton, and the Newcastle Coalfield between Lake Macquarie and Tuggerah Lakes. However, much of the subregion has sparse deep wells data. The measured depths (MD) of these wells vary between 245 m MD (well Hawkesbury Munmorah 3) and 3059 m MD (well Dural South 1) relative to the kelly bushing (KB) at the top of each well, just above ground level (a kelly bushing is an adapter that connects the rotary table to the kelly – a square or hexagonal steel bar with a hole drilled through the middle for a fluid path – which transmits the rotary motion to the drillstring during drilling). The quality of the stratigraphic and structural interpretations is variable, reflecting the ages of the wells and differences in geological interpretation from one company to another and from one coalfield to another. The data that can be used to construct a regional geological model are identified as part of the statistical analysis (Section 2.1.2.2.3). 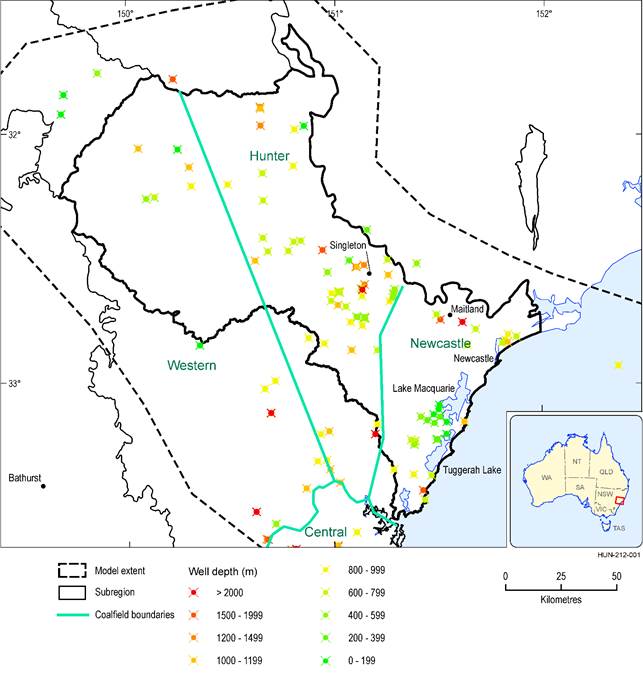 Figure 6 Spatial distribution of petroleum wells within the Hunter subregion

Onshore topography and offshore bathymetric datasets were used to map the upper surface of the Hunter subregion. The surface topography used in the geological model was extracted from a 3‑second digital elevation model (DEM) (Geoscience Australia, Dataset 7). The offshore bathymetric surface was extracted from 9-second bathymetry data (Geoscience Australia, Dataset 6). Both datasets are described in Section 2.1.1. The grids were reprojected to Australian Map Grid (AMG) zone 56 with a cell resolution of 90 m to fit with the petroleum well coordinate system and get the best from the data with reasonable computer processing performance. This resolution is compatible with the 2 km2 cell size of the model. The base of the Hunter subregion geological model was extracted from the Structurally Enhanced view of Economic Basement data (known as OZ SEEBASE) (FrOG Tech, Dataset 8). This dataset provides depth to basement model all over Australia and was used because it is publicly available.

Existing data about geological structures (folds and faults), as well as stratigraphic unit extents and thicknesses, are in Section 1.1.3 of companion product 1.1 for the Hunter subregion (McVicar et al., 2015). These data, which are also listed in Section 2.1.2.1, were digitised and integrated in the three-dimensional model calibration dataset (see Section 2.1.2.2.3).