The Mullaley sub-basin is a wider trough than the Maules Creek sub-basin and is located between the Boggabri Ridge and the Rocky Glen Ridge. It is divided into a series of smaller troughs and associated features including the Bohena, Bando and Bellata troughs, and the associated Narrabri High and Walla Walla Ridge (see Figure 18 in companion product 1.1 for the Namoi subregion (Welsh et al., 2014)) (Ward and Kelly, 2012). Coal seams in the Maules Creek Formation are best developed south of Gunnedah. The Brown Seam is generally of good quality with a working section of up to 4 m and raw coal ash of 8 to 11% (Tadros, 1995).

Within the Black Jack Group, significant coal resources are contained within the Hoskissons Coal and Melvilles Coal Member. The Hoskissons Coal varies in maximum thickness from 1 m in the west to greater than 12 m in the north and 17 m in the south-east, as shown in the isopach map (Figure 6). It is laterally extensive from the Hunter-Mooki Thrust System to east of the Rocky Glen Ridge system. The seam is characterised by a low-sulfur content (<0.5%), with raw coal ash ranging from 12 to greater than 50% (Tadros, 1995). The Melvilles Coal Member is about 2.5 to 3.5 m thick in the eastern part of the Mullaley sub-basin and thickens towards the south-west of Boggabri (Figure 7). It is developed over large areas of the sub-basin and has raw coal ash ranging from 9.5 to 33% (Tadros, 1995). 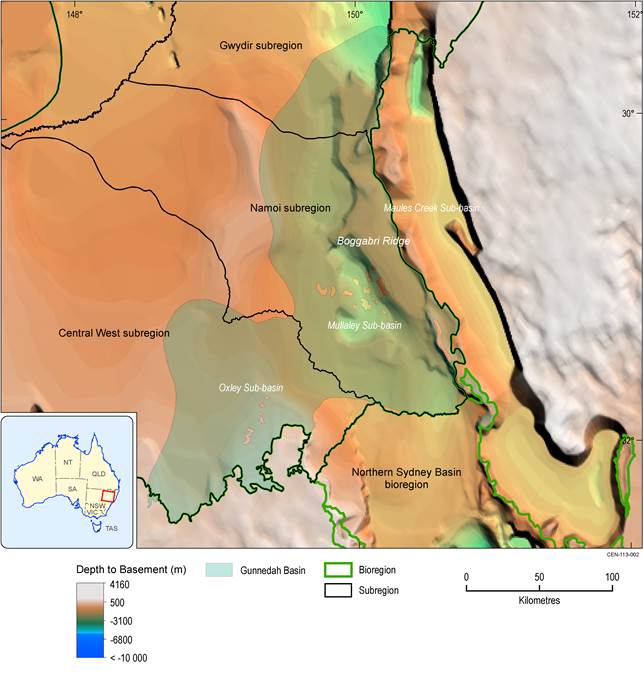 Figure 4 Division of the Gunnedah Basin into sub-basins 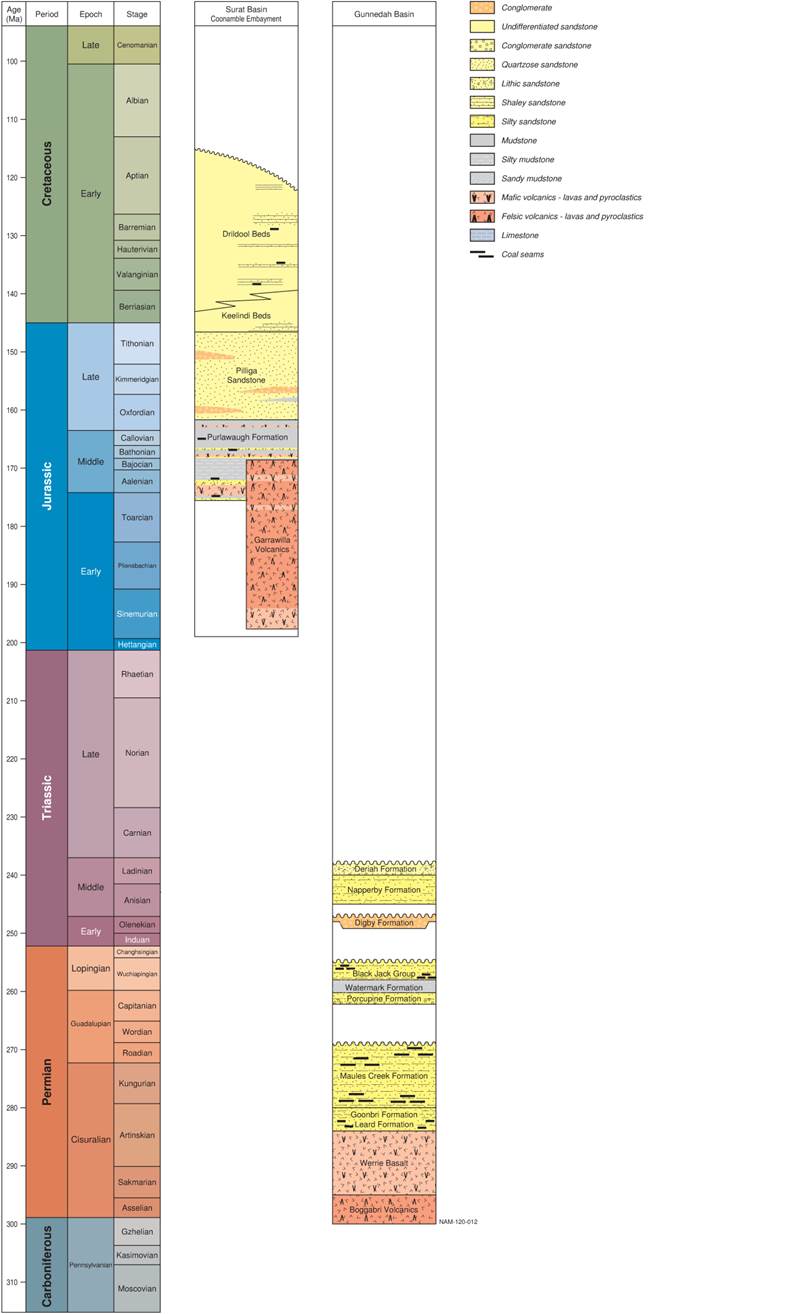 Figure 5 Stratigraphy of the Namoi subregion 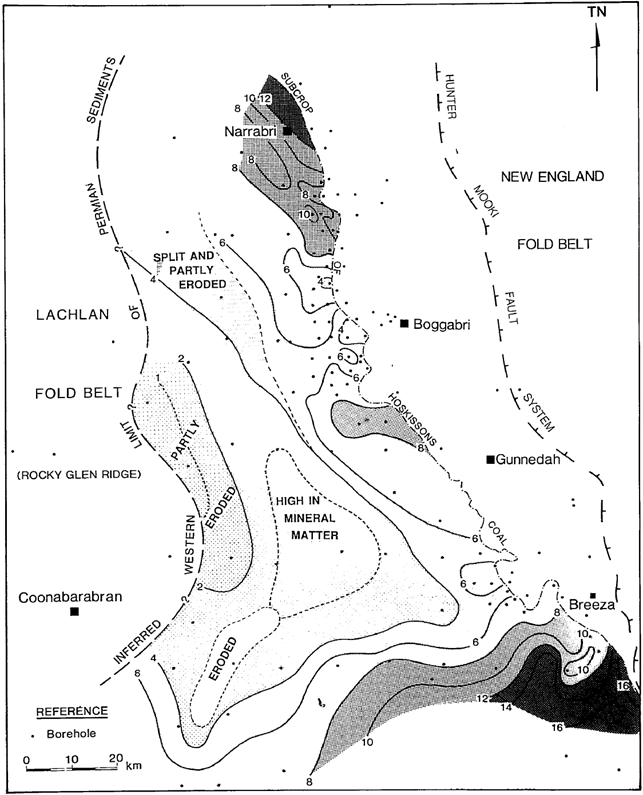 Source: Figure 14 in Tadros (1995). This figure is not covered by a Creative Commons licence. It has been reproduced with the permission of the Geological Society of Australia Incorporated. 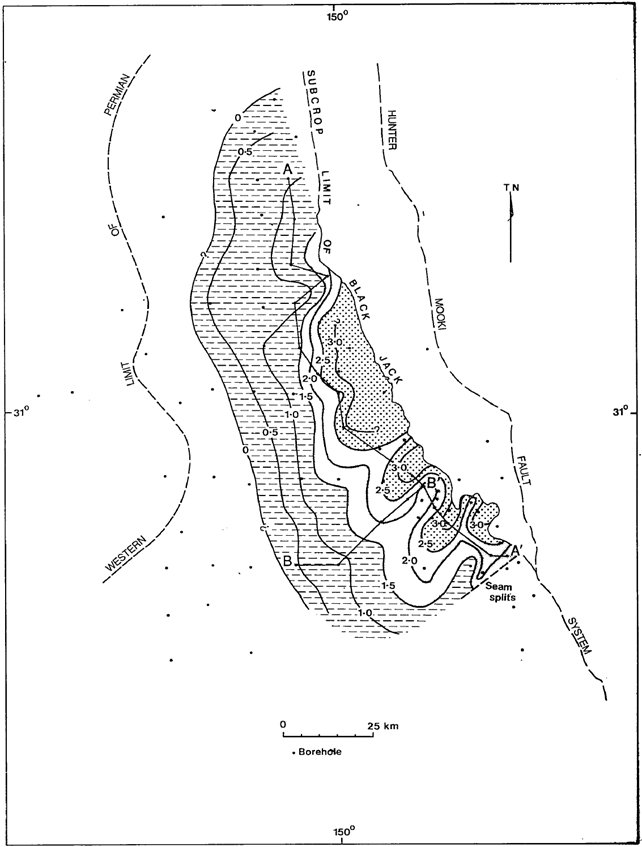 Source: Figure 12 in Tadros (1995). This figure is not covered by a Creative Commons licence. It has been reproduced with the permission of the Geological Society of Australia Incorporated.