There have been a number of major investigations and research projects focusing on the water resources of the Namoi subregion, the most recent being the Namoi Catchment Water Study (NCWS) (SWS, 2010; 2011; 2012a; 2012b). There have also been a large number of smaller, local scale projects undertaken by government, mining proponents, research organisations, consultants and community organisations. These have focussed on shallow groundwater systems (<150 m) with an emphasis on alluvial groundwater systems and dryland salinity. Despite the large number of investigations undertaken, there are still many gaps in our understanding of groundwater, especially in the deeper coal-bearing basins.

The hydraulic characteristics of the alluvial aquifers in the Namoi subregion are generally reasonably well understood, although very little information or data are available for the rock units beneath the alluvial deposits. The coal and coal seam gas (CSG) resources are hosted within these deeper units and industry have obtained the most valuable and comprehensive datasets for these units.

Good quality groundwater in high yielding aquifers is present across wide areas of the alluvial plain and Great Artesian Basin (GAB) in the coarser sand and gravel sediments of the Gunnedah Formation. Consequently, groundwater resources in the Namoi are the most intensively developed in NSW and the subregion has one of the highest levels of groundwater extraction within the Murray–Darling Basin (CSIRO, 2007). Groundwater levels in the subregion have generally been falling at a rate of 0.5 m/year since the late 1960s/early 1970s due to over-extraction, with water levels stabilising or recovering during wetter years. In 2006–2007, many parts of the Namoi subregion experienced their lowest groundwater levels on record.

Aquifer connectivity in the alluvial system is well understood in some locations at a local scale, although it is poorly understood across the whole Namoi subregion. Potential hydraulic connectivity exists between the alluvial aquifers and the GAB where the main paleochannel is present in the Lower Namoi (see Figure 22). In other locations, the saprolite covering the GAB sedimentary sequences largely impedes connectivity between the systems. The assessment that the saprolite on the GAB sequence forms an aquitard is based on calibration drilling for the AEM survey in the neighbouring Lower Macquarie River Valley (Macaulay and Kellett, 2009) to the south, and also on the Lower Balonne AEM survey to the north (Kellett et al, 2006). In both of these areas the lower part of the saprolite on the Rolling Downs Group of the GAB was found to form a tight aquitard, and it is assumed that the saprolite in the Lower Namoi Valley behaves similarly. The degree of connectivity between the alluvium, GAB and Gunnedah Basin aquifers is a key component for determining any impacts on water resources within the subregion due to CSG or large coal mining extraction. Most of the Lower Namoi GAB sequence overlies Lachlan Fold Belt rocks which form hydraulic basement. In contrast, alluvium directly overlies Gunnedah Basin aquifers in the Upper Namoi, and it is likely there is hydraulic connection between them. However, information and data on this interconnectivity are limited. 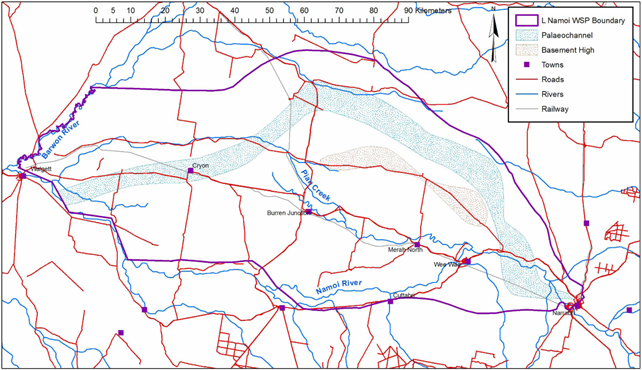 Figure 22 Location of Paleochannel within the Lower Namoi Alluvium

Source: Figure 8 in Smithson (2009). This figure is not covered by a Creative Commons Attribution licence. It has been reproduced with permission from NSW Department of Primary Industries.