The Gunnedah Basin forms part of the larger Permo-Triassic Bowen-Gunnedah-Sydney Basin system and is the principal geological domain of this assessment as it contains alluvial and deltaic coal-bearing sequences. The basin system initially formed in a back arc extensional setting in the middle of the Paleozoic. This was followed by a period of thermal subsidence, and subsequent foreland basin downwarping. Uplift and erosion resulted from the development of the adjacent New England Orogen. During the Mesozoic, sedimentary sequences of the Surat Basin were deposited over large parts of the Gunnedah Basin. In more recent geological times, extensive Cenozoic intrusive and extrusive volcanic activity has occurred across the basin within a transpressional tectonic regime.

The oldest coal-bearing sequences in the Gunnedah Basin are in the Lower Permian Maules Creek Formation. This formation occurs in the Maules Creek Sub-basin in the east of the Gunnedah Basin, and is >800 m thick adjacent to the Mooki Thrust (Collins, 1991). The sedimentary rocks of the Maules Creek Formation consist of lithic conglomerate, sandstone, siltstone, and claystone with coal seams up to 8 m thick. These were originally deposited in alluvial environments dominated by braided streams. The start of the Upper Permian was characterised by marine transgression and the deposition of the shallow marine Watermark and Porcupine formations of the Millie Group.

Fluvial sedimentary environments were re-established by the middle of the Upper Permian with the deposition of the economically important Black Jack Group. The Pamboola Formation of the Black Jack Group consists of lithic sandstone, siltstone, claystone, conglomerate and intercalated coals, and varies in thickness from 89 m in the north to >206 m in the southeast. The most significant coal seams of the formation were formed in a lower delta plain environment and are contained within the Melvilles Coal Member. This unit is generally 2.5 to 3.5 m, but reaches up to 5 m thick near Boggabri.

After a brief marine transgression, represented by deposition of the Brigalow / Arkarula Formation, fluvial systems redeveloped and the Coogal Subgroup was deposited. Early deposition in this subgroup formed the Hoskissons Coal Member, the most economically significant coal unit in the Gunnedah Basin. The Hoskissons Coal Member is up to 18 m thick and consists of inertinite-rich coal with subordinate layers of fine-grained sandstone, carbonaceous siltstone, claystone and tuff. The coal was formed during peat accumulation across an extensive fluvial plain.

The Lower Triassic Digby Formation formed from a series of coalesced conglomerate fans which inundated and buried the coal swamp delta plain deposits of the Black Jack Group. The Middle Triassic saw the onset of lacustrine to regressive deltaic sequences and deposition of the Napperby Formation. Minor occurrences of coal also occur in the Middle Triassic Deriah Formation.

Sedimentary rocks of the Surat Basin overlie the Gunnedah Basin in the western part of the Namoi Catchment and thicken to the west, although these have no reported economic value where they underlie the Namoi river basin. The most recent phase of regional sedimentation deposited fluvial sediments of Neogene and Quaternary age over the Gunnedah Basin successions in the central Namoi river basin, and directly on top of Surat Basin rocks in the west. 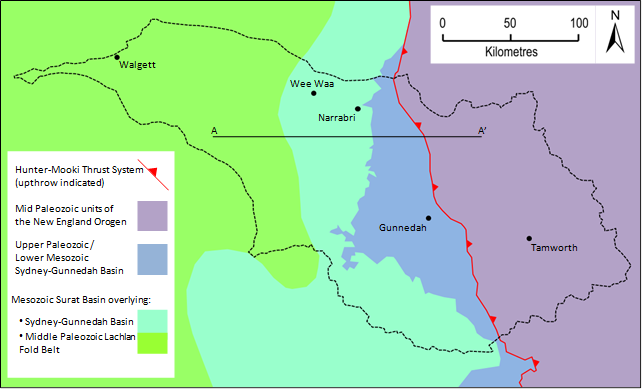 Figure 15 Paleozoic and Mesozoic geological domains in the Namoi area