For each bore, the OGIA model produces a time series of drawdown caused by the historical and baseline coal resource development (baseline) conditions and a time series of additional drawdown caused by the historical and coal resource development pathway (CRDP) conditions. The effect of implementing the CRDP, is the difference between these two time series. Two measures are used to summarise this time series: dmax and tmax. The maximum change in drawdown in the simulation period is dmax – that is, the maximum difference between the baseline and CRDP drawdown. Therefore, dmax can be either positive or negative. The time when this maximum drawdown occurs is tmax. 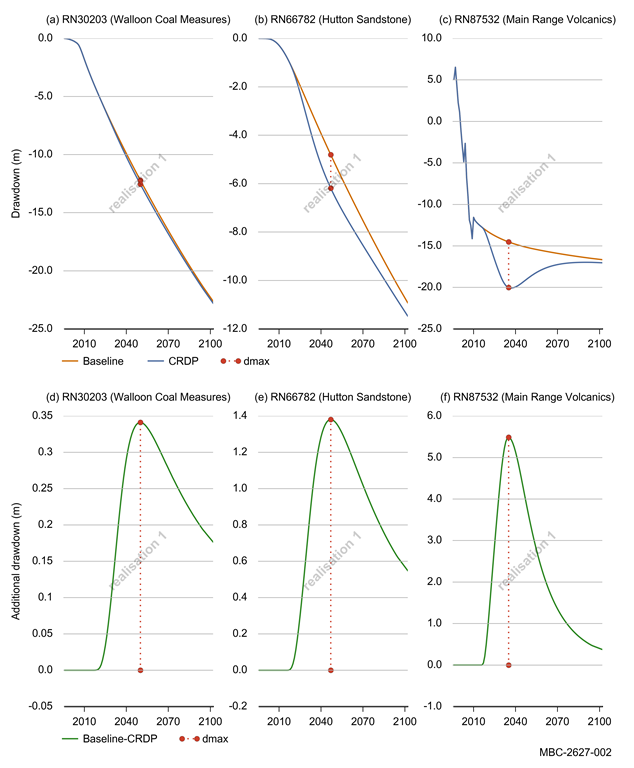 In this figure, results are presented for only that part of the coal resource development pathway (CRDP) that can be modelled.