There are 2454 non-coal seam gas (CSG) bores within the model domain. Note that the number of simulated bores is fewer than the total number of 2505 reported in companion product 1.5 for the Clarence-Moreton bioregion (McJannet et al., 2015). This is because some bores are screened in hydrogeological units that are below the Walloon Coal Measures, while other bores were located in the same model grid cell and were hence modelled as a single well. These bores were simulated using the MODFLOW Multiple Node Well (MNW) package. The activation date was assumed to be the same date the bore was constructed. Once a bore is activated, it remains operational at a constant pumping rate during the entire simulation. Due to the lack of metered data, the pumping rate was calculated using the latest allocation data in the state groundwater database when the data was compiled (Bioregional Assessment Programme, Dataset 2). It is expected that the derived pumping rate will result in an overestimate of the total water level change; however, it should have a minor impact on the drawdown due to the additional coal resource development. 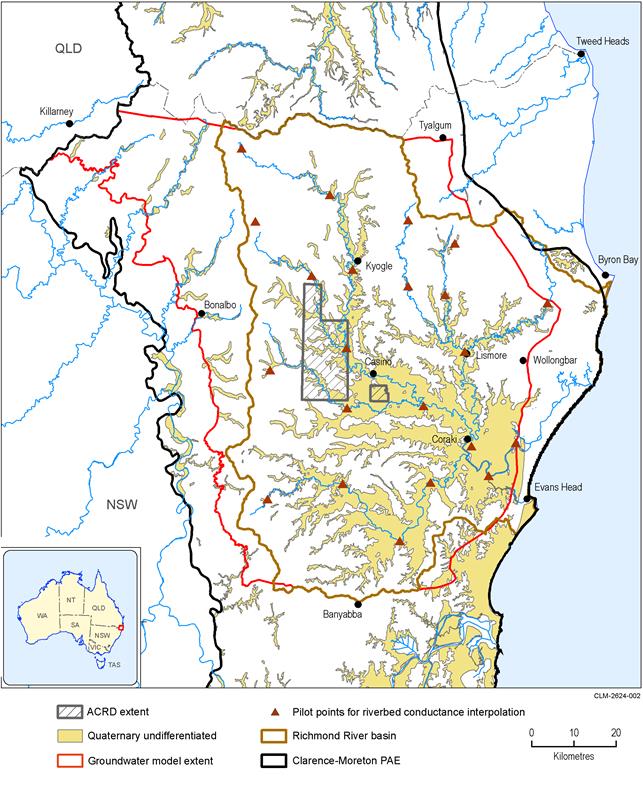