The Pedirka subregion is sparsely populated. The Australian Bureau of Statistics (ABS, 2007) estimated the population of the Peterman-Simpson area, which encompasses the Pedirka subregion, to be 2975 with a population density of less than 0.02 people per square kilometre. Finke Community (also known as Aputula) is the largest settlement with an estimated population of 240 people, with the remaining population spread between pastoral homesteads and Indigenous outstations (Fulton, 2012). The largest population centre near the Pedirka subregion is Alice Springs, located approximately 150 km to the north-west. The Traditional Owners and custodians within the region include the Lower Southern Arrente, Andegerebenha and Wangkangurru peoples. The region contains numerous sites of Indigenous significance, reflective of a long history of occupation. Such sites may include middens, quarries, worksites, campsites and burial sites.

Pastoral enterprise represents the predominant land use in the subregion (Figure 6). The pastoral industry was established soon after European exploration and has a primary focus of beef-cattle production. Tourism is important to the subregion, although it is largely concentrated along the main transport routes, towns and conservation parks (Smerdon et al., 2012). A number of conservation parks are located in the vicinity of the Pedirka subregion, including the Witjira National Park (NP), Simpson Desert Conservation Park (CP), Mac Clark (Acacia Peuce) Conservation Reserve, and Simpson Desert Regional Reserve. In addition, nature tourism, bush walking, wildlife, four wheel drive experiences, camping, and Indigenous tourism all occur throughout the region. A number of Indigenous freehold lands can be found in the vicinity of the Pedirka subregion in the NT, including the Pmer Ulperre Ingwemirne Arletherre, Pmere Nyente and Aputula Aboriginal Land Trusts. A large portion of the north-eastern Pedirka subregion is vacant Crown Land (Smerdon et al., 2012). There are no active mining operations in the Pedirka subregion and the only mining of historical significance was the Rumbulara Ochre mines, which operated commercially from 1941 to 1951 (Wells et al., 1966). There is a long history of oil and gas exploration within the region, dating back to the 1960s, but no commercial development of oil or gas. 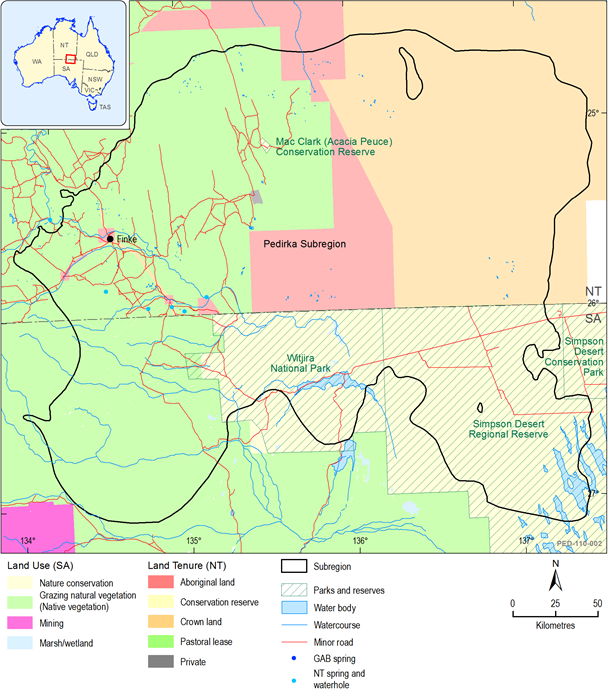 Figure 6 Land use and human geography of the Pedirka subregion

The Pedirka subregion has an arid climate and surface water is not relied on as a water supply beyond the harvesting of rainwater for domestic purposes. Environmentally, irregular flood events play an important role with respect to maintaining arid ecosystems and providing recharge pulses to the groundwater system where floodwaters flow over aquifer outcrops (Fulton, 2012).

Groundwater represents the principal water resource in the subregion. Fulton (2012) states that water extraction from within the NT GAB water control district was estimated at 3470 ML/year, with 2210 ML/year currently sourced from the Great Artesian Basin (GAB) and the remaining 1260 ML/year sourced from other aquifers including those within the Pedirka Basin.

With respect to groundwater extraction from the Pedirka Basin, groundwater extraction occurs exclusively from the Crown Point Formation where the aquifer is used as a source of stock water for pastoral enterprises and provides a water supply for several Indigenous outstations. It is estimated that of the 28 wells constructed within the Permian aquifer, 13 are currently operational and 15 have been abandoned or decommissioned. Well depths range from 12 metres below ground level (mBGL) to 192 mBGL and groundwater depth from 5 to 159 mBGL. Water usage within the SA portion of the subregion is largely limited to pastoral usage and tourism.