Ephemeral stream reaches were defined as lacking surface flow for the majority of the year, with a minimum threshold defined as having flow for fewer than 35 days per year and pools holding water for less than 60 days per year. Workshop discussions determined that ephemeral stream systems were adequately described by the model for perennial streams, but with the removal of variables for riffle-breeding frogs and fishes that prefer riffle habitats (Figure 19). A key species group of concern for these systems are frogs of the genus Pseudophryne, which make use of pool habitats adjacent to seepages in moist forest habitats. For example, the red-crowned toadlet (Pseudophryne australis) is found near permanently moist soaks or along or near head-water streambeds adjacent to first or second order ephemeral drainage lines commonly called ‘feeder creeks’ which drain the ridges, benches, cliffs and talus slopes (Thumm, 1997). These watercourses are often dry or reduced to ponded areas for much of the year and only sustain flow for short periods.

Surface water models generally do not include ephemeral streams in their networks. They are unlikely to be monitored as they are not reliable water sources, have small catchment areas which are often not well represented through interpolated meteorological data surfaces and are difficult to represent using standard recession curve functions. Very few ephemeral streams are represented in the river modelling for the BA for the Hunter subregion. Given their lack of connection to groundwater, and the highly variable nature of ephemeral streamflow, the ecosystems of this landscape class were also considered less vulnerable to changes in catchment runoff from coal resource development, except perhaps where disruptions to surface drainage from mining affect the majority of the contributing area to the stream. As this can only occur very close to the mine site, it was considered a local-scale impact. While impacts on the habitat of ephemeral streams from changes in hydrology due to additional coal resource development cannot be completely ruled out, they were considered unlikely and low priority for a BA, and a quantitative model was not progressed. 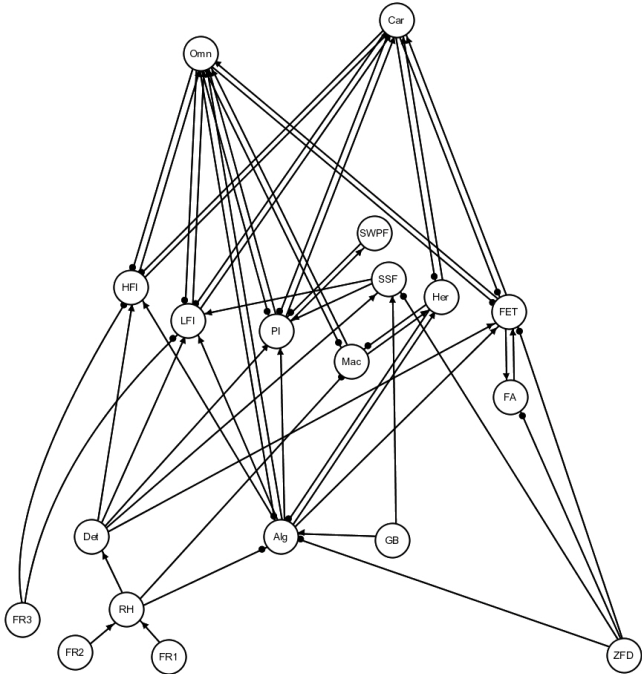