Both the baseline and coal resource development pathway (CRDP) include simulations from 2013 to 2102. However, for both, the period from 1983 to 2012 is also modelled and acts as an extended model spin-up period.

Both surface water models, the Australian Water Resources Assessment (AWRA) landscape model (AWRA-L) and the AWRA river model (AWRA-R), operate on a daily time step. AWRA-L uses a spatial grid resolution of 0.05 x 0.05 degrees (approximately 5 x 5 km), while the smallest spatial unit in AWRA-R is the subcatchment, with size dictated by the location of model nodes. Unless indicated otherwise in this section, surface water modelling in the Namoi subregion follows the methodology set out in companion submethodology M06 (as listed in Table 1) for surface water modelling (Viney, 2016). 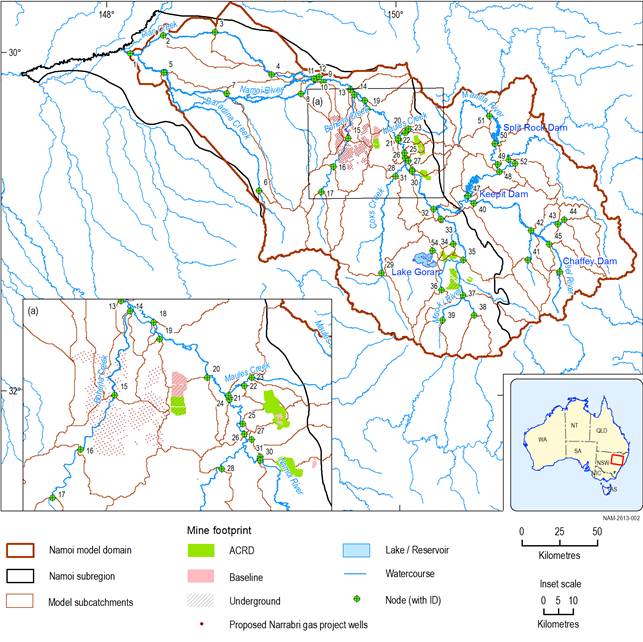