This product presents information about the conceptual model of causal pathways for the Hunter subregion, which was developed using methods outlined in the companion submethodology M05 (as listed in Table 1) for developing a conceptual model of causal pathways (Henderson et al., 2016). The application to the Hunter subregion is described in Section 2.3.1.2, with more specific details in the individual sections that follow.

The causal pathways play a critical role in focusing the BA on the most plausible and important hazards, defined as events, or chains of events, that might result in an effect (change in the quality and/or quantity of surface water or groundwater). The causal pathways associated with these hazards underpin the construction of groundwater and surface water models, and frame the assessment of the severity and likelihood of impacts to water-dependent assets. A water-dependent asset is an asset potentially impacted, either positively or negatively, by changes in the groundwater and/or surface water regime due to coal resource development. Some assets are solely dependent on incident rainfall and will not be considered as water-dependent if evidence does not support a linkage to groundwater or surface water that may be impacted by coal resource development.

The difference in results between CRDP and baseline is the change that is primarily reported in a BA. This change is due to the additional coal resource development (ACRD) – all coal mines and CSG fields, including expansions of baseline operations, that are expected to begin commercial production after December 2012.

Figure 4 illustrates this fundamental comparison of these futures, with the baseline in the top half of the figure and the CRDP in the bottom half of the figure. It emphasises that in order to assess potential impacts on assets, it is important to compare the changes of two types of variables at specific points in space and time: 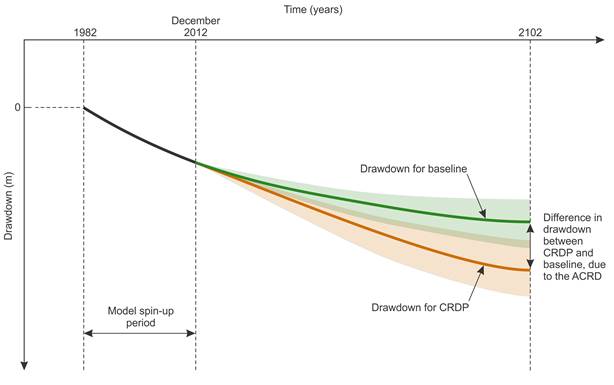 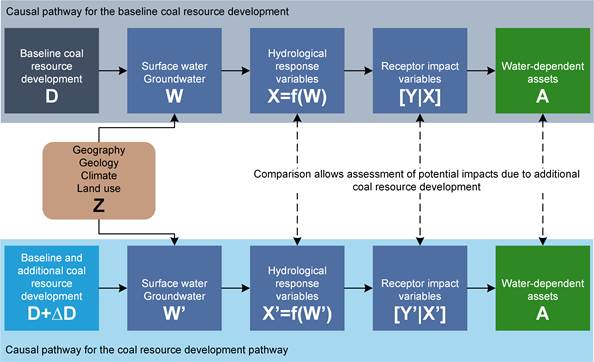 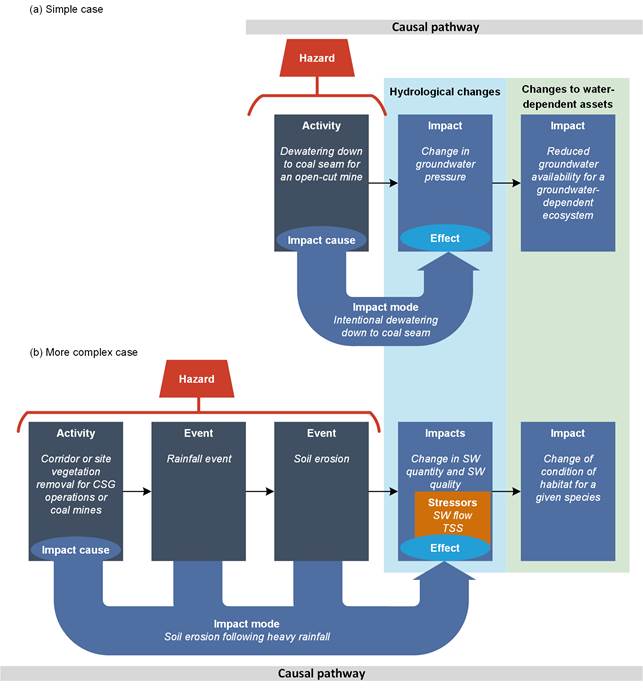