Dart Energy Limited holds PEL 445, which was previously held by Arrow Energy, within the northern part of the Clarence‑Moreton bioregion in NSW. In April 2013, Dart Energy announced that its Australian assets in NSW will be placed under ‘care and maintenance’ with minimal activity for at least 12 months, awaiting ‘regulatory clarity and certainty’ (ASX, 2013b). In October 2014, Dart Energy was acquired by IGas Energy (ASX, 2014). In December 2014, PEL 445 was renewed for six years (NSW Trade and Investment, 2014c). The renewal is subject to new conditions, which allow Dart Energy to undertake ‘low impact exploration activities including data review, mapping and technical evaluation’. Associated with the renewal, Dart Energy has also relinquished more than a quarter of PEL 445, in particular along the eastern part of the PEL title. 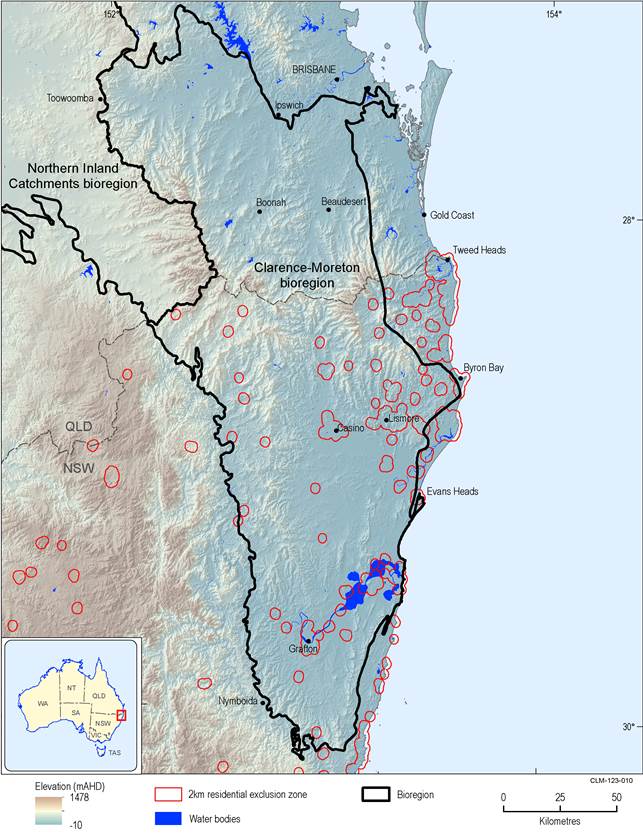