The modelled estimates of drawdown within the mine pits, while significant, are considered unreliable for use in the receptor impact modelling. The mine pit exclusion zone within the zone of potential hydrological change covers an area of 116 km2.

The Assessment team identified four discrete areas within the zone of potential hydrological change for reporting purposes (Figure 12). Table 5 identifies the additional coal resource developments within each reporting area. In the Namoi river basin, the four areas are connected by the surface water zone of potential hydrological change, which means that results reported for the Lower Namoi include changes from the Mid Namoi, Pilliga and Pilliga Outwash, and Upper Namoi. These reporting areas do not coincide with any reporting areas used by the state agencies. 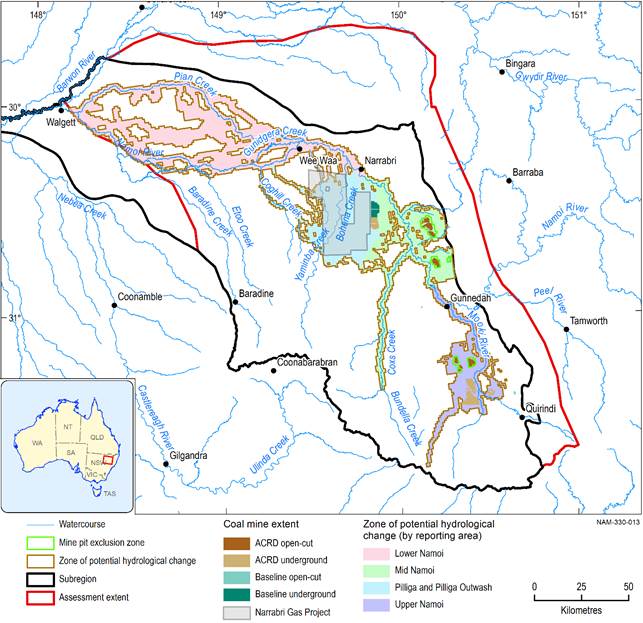