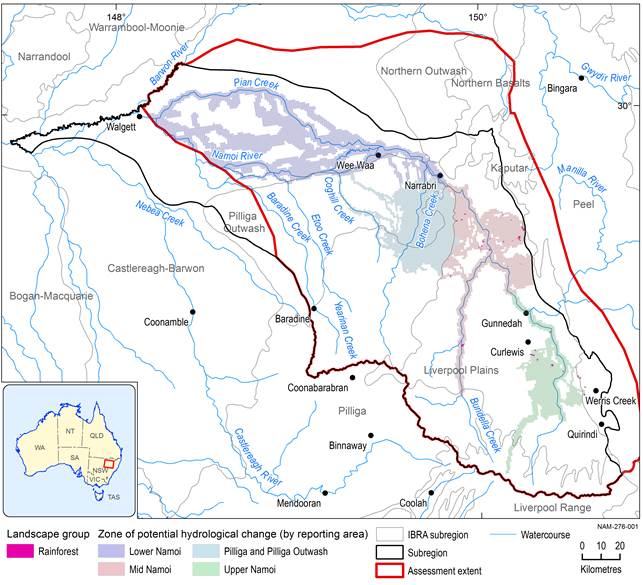 Further west on the Liverpool Plains, the ‘Rainforest’ landscape group is predominantly semi‑evergreen thicket (dominated by Notelaea microcarpa, Geijera parviflora and Ehretia membranifolia) and low microphyll vine forest (dominated by Cadellia pentastylis) according to the typology proposed by Curran et al. (2008). These pockets of rainforest are found on basalt outcrops and sandstone hills across the Liverpool Plains and Northern Outwash.

The water dependency of the ‘Rainforest’ landscape group is likely to be mostly from localised surface runoff, and in the case of the ‘Rainforest GDE’ landscape class, from groundwater sourced from localised discharge from fractured or porous substrates. The localised flow paths of water through basalt outcrops is captured in the pictorial conceptual model in Figure 32. Further evidence of these rainforest communities’ reliance on predominantly soil water derived from incident rain or fluctuating supply of subsurface water comes from studies by Curran et al. (2010). They showed large declines in tree water status across many different dry rainforest communities during drought (Curran et al., 2010). This would suggest limited or no access to the watertable and a heavy reliance on rainfall supply. 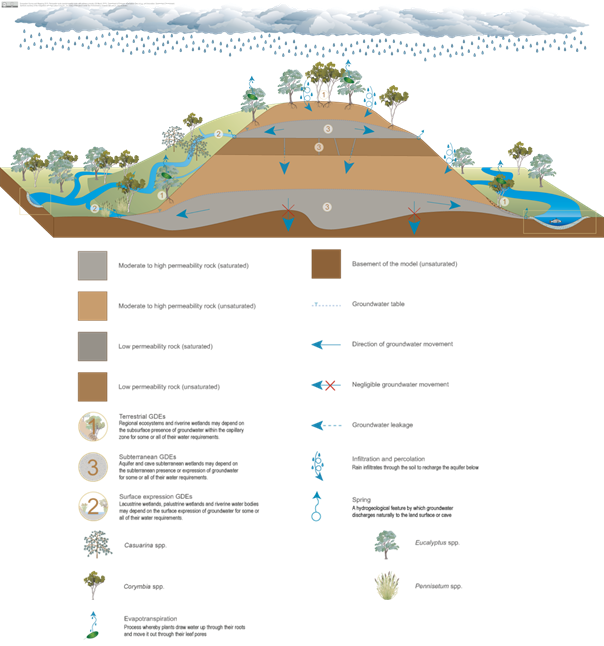 These systems are typical of those landscapes that form on basaltic (volcanic) rocks in the east of the Namoi subregion.