The Galilee subregion includes a very high level of ecological spatial variability and turnover (gamma and delta diversity) as a consequence of its large area (248,000 km2) which includes important interactions between the following large-scale environmental factors:

Wetlands and springs listed in A directory of important wetlands in Australia (DIWA; Department of the Environment, 2014c) occupy 0.3% of the area of the subregion and include representation of 21 NVIS v4.1 major vegetation subgroups (Table 8). Nationally mapped riverine floodplains that are also potentially water dependent, at least in part on a seasonal or multi-year basis through flooding and/or elevated watertable, occupy a further 15.5% and include all 46 vegetation subgroups found within the Galilee subregion (Table 8 and Figure 53). For both the DIWA wetlands and the riverine floodplains, the mapped areas include areas of vegetation subgroups that have low likelihood of being dependent on water in excess of local incident rainfall and sourced from subterranean and/or surface water flows (hereafter termed water-dependent as per Methodology for bioregional assessments of the impacts of coal seam gas and coal mining development on water resources ; Barrett et al., 2013)). The inclusion of non-water-dependent ecosystems in DIWA wetlands and riverine floodplains is due to the coarse resolution of existing map polygons which include some areas that are sufficiently distant from water bodies and/or sit well above ecologically accessible groundwater. The remaining 84.2% of the area is of terrestrial vegetation subgroups with limited likelihood of being water-dependent.

Land use includes 21 of the 37 Australian Land Use and Management (ALUM) classification scheme secondary classes, but their occurrence is highly non-uniform (see Figure 10 in Section 1.1.2). Pastoral cattle grazing of native and semi-natural pasture, on both freehold and leasehold lands (Figure 54), is by far the greatest land use (95.4% of the area, approximately two-thirds on leasehold), which is consistent with the predominance of subtropical savannah and semi-arid climates, landscapes and vegetation community types. Conservation is the principal land use for 3.0% of the area, which is below the national average of 8.6% in the Australian National Reserve System (excluding lands of private and Indigenous landholders who have conservation amongst multiple land use objectives) and below the Queensland average of 7.5% (Department of the Environment, 2012). 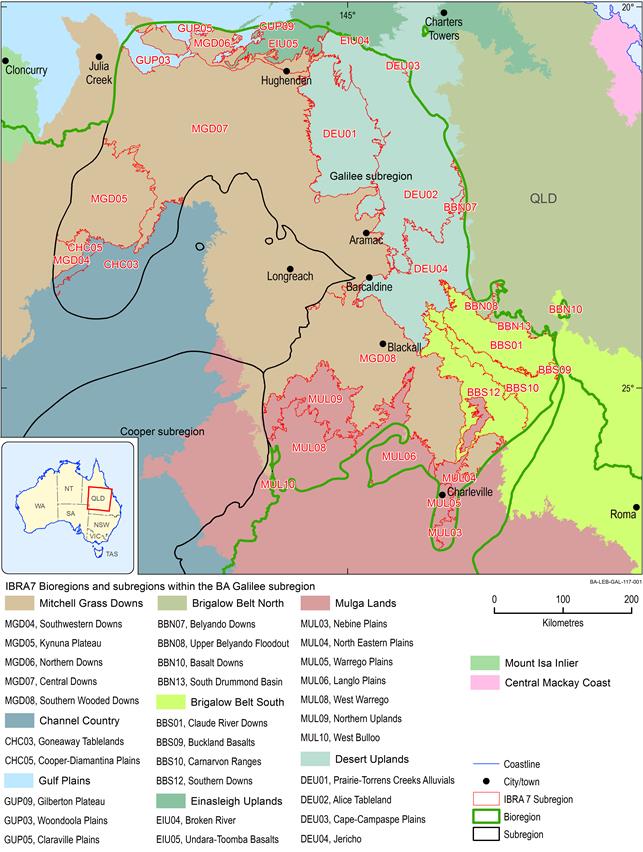 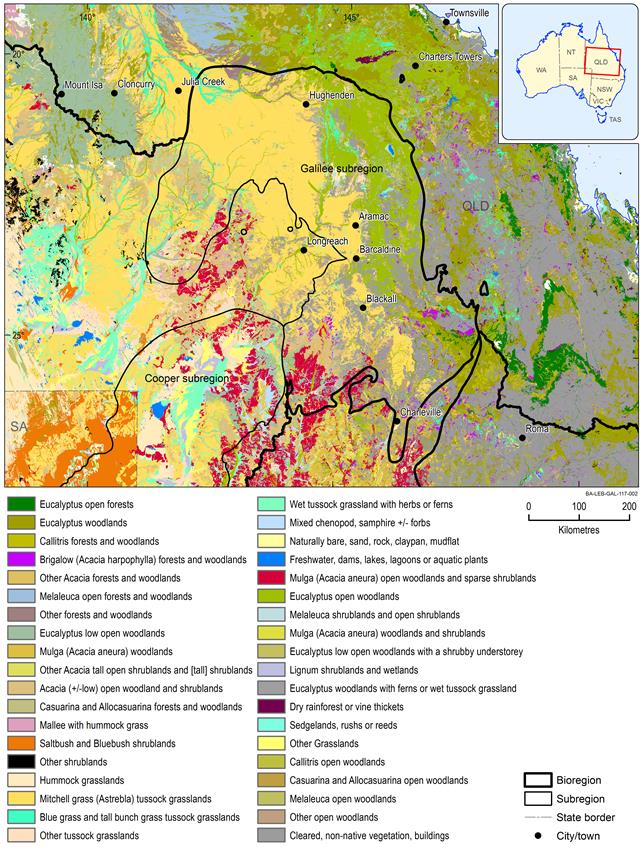 DIWA is A directory of important wetlands in Australia (Department of the Environment, 2014c)

Source data: (1) NVIS v4.1 major vegetation subgroups, ERIN Vegetation Team, Department of the Environment, Canberra, 2013. (2) A directory of important wetlands in Australia, third edition (Environment Australia, 2001), with additions for wetlands listed after 2001 (last update 23 March 2010). (3) Watercourses and floodplains from the combination of all other datasets listed as sources for Figure 3 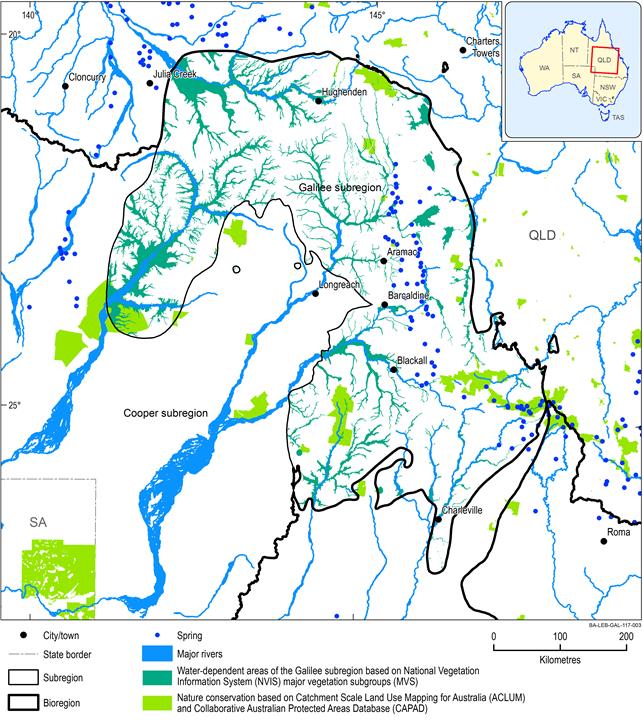 Figure 53 Conservation areas (including wetlands listed in A directory of important wetlands in Australia), springs and riverine floodplains with potential for water dependence 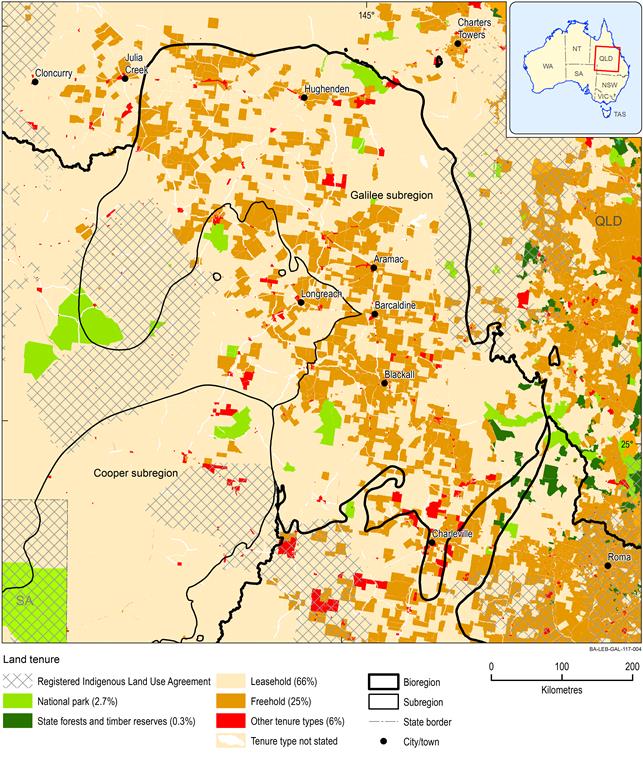