In the Galilee Basin, significant coal-bearing sequences occur in the Early Permian Aramac Coal Measures, the Late Permian Betts Creek beds, the Bandanna Formation and the Colinlea Sandstone (Figure 20). In the Lovelle Depression, the Aramac Coal Measures can be up to 272 m thick with aggregate coal thickness of up to 60 m (Scott et al., 1995). Vitrinite reflectance data suggest that the Aramac Coal Measures have, for the most part, reached thermal maturity for oil generation (Hawkins and Green, 1993).

The Betts Creek beds, Bandanna Formation and Colinlea Sandstone outcrop along the eastern margin of the Galilee Basin. The coals are classified as high volatile sub-bituminous coals. In the Lovelle Depression, the coal measures are less developed in the southern parts compared to the northern sections (Radke, 2009).

Sub-bituminous coals occur in the Winton Formation in the Eromanga Basin. Although these may be considered a secondary target by some exploration companies, very significant tonnages are delineated around Blackall and at the South Blackall deposit.

Shale gas and oil in the Toolebuc Formation in the overlying Eromanga Basin is considered to be another potential hydrocarbon target (Galilee Energy, 2013). Conventional hydrocarbons are also targeted in the Eromanga Basin, within the Galilee subregion. 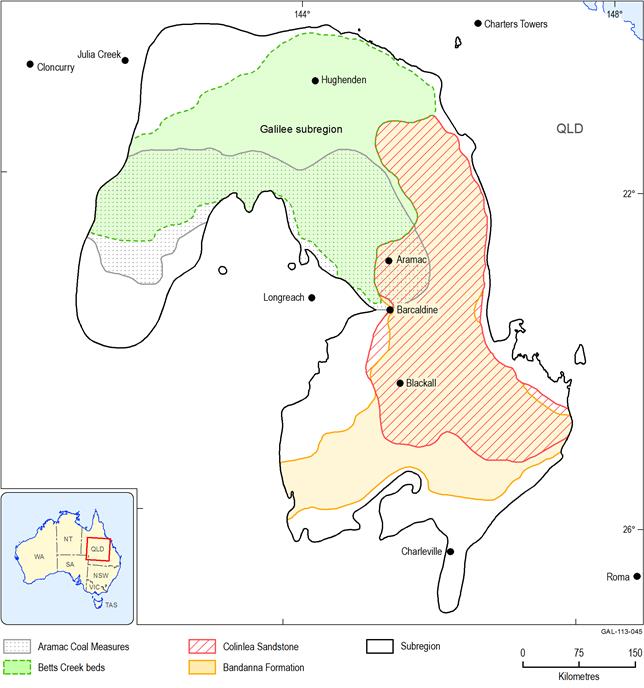 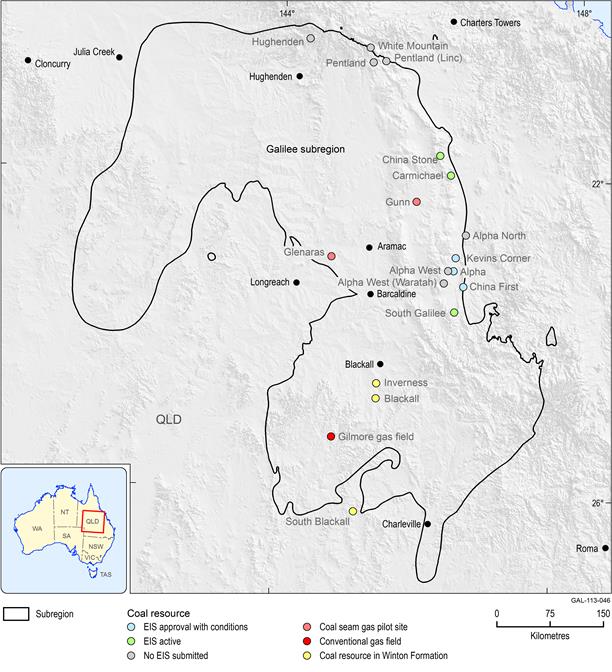 EIS is an acronym for environmental impact statement. All coal and coal seam gas developments, unless otherwise specified, occur within the Galilee Basin sedimentary sequence.