The Galilee subregion consists of stacked basins that in some places are overlain by Cenozoic sediments. The subregion includes the following geological environments which generally represent individual groundwater systems:

The Proterozoic Mount Isa Inlier and Late Proterozoic – Early Paleozoic Thomson Orogen metamorphic and igneous rocks form the hydrogeological basement for the subregion and underlie the Galilee, Drummond, Belyando and Adavale basins. Across the Maneroo Platform, the Eromanga Basin strata directly overlie the Thomson Orogen basement, whereas in other parts of the subregion the Eromanga Basin overlies the older Galilee Basin (See Section 1.1.3.1, Figure 17).

The top of the Adavale Basin is observed at 2200 m below the surface in petroleum wells. McKillop (2013) reports that the rock porosity can be up to 15%, and horizontal permeability up to 38.7 milli Darcies (mD). The low porosity means that the rocks are likely to be, at best, partial aquifers. These partial aquifers include sandstone or conglomerate facies of the Buckabie, Etonvale, Lissoy Sandstone and Log Creek formations and the Eastwood beds. The Cooladdi Dolomite is the cap rock for gas migration and is a potential aquiclude. The Bury Limestone, apart from massive limestone facies, contains shale and siltstone and is likely to be a partial aquifer at best. The Boree Salt is predominantly comprised of various salts and shale and is an aquitard. Overall, little information is available on the hydrogeology of the Adavale Basin.

Galilee Basin rocks outcrop as an elongated corridor some 600 km in length and up to 80 km wide along the eastern margin of the Galilee subregion on both flanks of the crest of the Great Dividing Range. Information on the sedimentology of the Galilee Basin sediments is available in Section 1.1.3.2.1.

The main regional aquifers include the Clematis Group, Warang Sandstone, Colinlea Sandstone and Lake Galilee Sandstone. The Moolayember Formation, Rewan Group, Jochmus Formation and Jericho Formation can be used as a local source of groundwater where they subcrop or outcrop (RPS, 2012). The Late Carboniferous to Early Permian Joe Joe Group, which includes the Jochmus and Jericho formations and the Lake Galilee Sandstone, comprises diamictite, fluvial and lacustrine sediments deposited under glacial and interglacial events (McKellar and Henderson, 2013), and are considered to be partial aquifers. A Joe Joe Group equivalent, the Boonderoo beds, also consists of glaciogene strata and forms a partial aquifer. The Late Permian Black Alley Shale is a tight aquitard, whereas the Peawaddy Formation comprises mainly sandstone with lesser amounts of siltstone, mudstone and coal and forms a partial aquifer. In the northern part of the Galilee Basin, the Late Permian formations, including the Colinlea Sandstone and Bandanna Formation, become undifferentiated and are grouped as the Betts Creek beds, which is considered to be a partial aquifer. On a regional scale, the Rewan Group forms an aquitard that is leaky in some areas and tight in others. The Dunda beds, which is a part of the Rewan Group is a partial aquifer due to sandstone content. Regionally, the Moolayember Formation forms a leaky aquitard across the Galilee Basin.

Drill core porosity measurements indicate that the aquifers remain relatively porous to a depth of approximately 1400 m, before a significant decrease in porosity with increasing depths (Bradshaw et al., 2009). This suggests that the aquifers in deeper parts of the basin such as the Lovelle Depression or Koburra Trough, or older Permian – Carboniferous sequences which commonly occur at depths greater than 1400 m below ground level, are likely to have reduced groundwater storage capacity.

The Eromanga Basin is considered as a series of stacked aquifers separated by aquitards in the thicker central depocentre. Elsewhere, the aquitards are thinner and the separate aquifers coalesce. Smerdon and Ransley (2012) proposed a qualitative classification of the hydrogeological units to account for variation in hydraulic properties that may be due to one or a combination of sediment sources, rates of basin subsidence during deposition, and alteration since the time of deposition. Their classification included aquifer, partial aquifer, leaky aquitard, tight aquitard and aquiclude.

Partial aquifers include the Winton and Mackunda formations of the Rolling Downs Group, and the Cadna-owie Formation.

Leaky aquitards include the Wallumbilla Formation of the Rolling Downs Group, and the Westbourne and Birkhead formations of the Injune Creek Group.

The Eromanga sequence is up to 1800 m thick. Disruptions to aquifer continuity can occur where displacements across a fault significantly offsets an aquifer system. Significant fault offsets are evident in the Galilee subregion along the Cork and Canaway faults (see Section 1.1.3.1.2).

In the northern half of the Eromanga Basin, the Jurassic to Early Cretaceous sedimentary succession is mostly undifferentiated and collectively referred to as the Ronlow beds. The Ronlow beds are considered to be an aquifer.

The Cenozoic aquifers in the Cooper Creek and Diamantina drainage catchments (Lake Eyre Drainage Basin) mainly consist of unconfined to semi-confined paleo-channel deposits. In addition, lacustrine deposits are present in some areas and form leaky or tight aquitards. In the north of the subregion the Pliocene Sturgeon Basalt is likely to be a partial aquifer. These Paleocene to Pliocene sediments and volcanics have been subjected to varying degrees of weathering and cementation, forming local kaolinite, ferruginous and silcrete-rich profiles. These profiles could influence hydrogeological properties at a local scale. Further information on Cenozoic stratigraphy is available in Section 1.1.3.2.3.

The Holocene sediments present within the subregion were deposited as part of the surface drainage catchments which includes the Flinders River in the north, Cape River in the north-east, Fitzroy River in the east, the Warrego River in the south, the Cooper Creek-Bulloo rivers in the central area and the Diamantina-Georgina rivers in the west. The alluvial sediments are likely to consist of a mixture of sand and mud and form a partial aquifer. The alluvial sediments would be in part unsaturated as the regional watertable is commonly at, or exceeding, 10 m in depth (Ransley and Smerdon, 2012). The sediments may become saturated or contain a perched watertable during periodic flood events.

The hydrostratigraphic units in temporal succession of the Cenozoic, Eromanga and Galilee basins are shown in Figure 22. The members and formations are colour coded to depict aquifers, partial aquifers, leaky aquitards, aquitards and aquicludes, in accordance with the classification of hydrostratigraphic units in the Great Artesian Basin by Ransley and Smerdon (2012). For the Galilee Basin, apart from the Clematis Group and the Colinlea Sandstone which are the main aquifers, the interpretation for the rest of the Triassic to Late Carboniferous succession is uncertain due to lack of hydrogeological information. For the same reason, there is low confidence in the interpretation of Cenozoic aquifers. The Adavale, Belyando and Drummond basins are not considered further in this contextual report due to a lack of hydrogeological data. They may require assessment in subsequent project components, if considered relevant to the impacts of CSG and coal mining development. 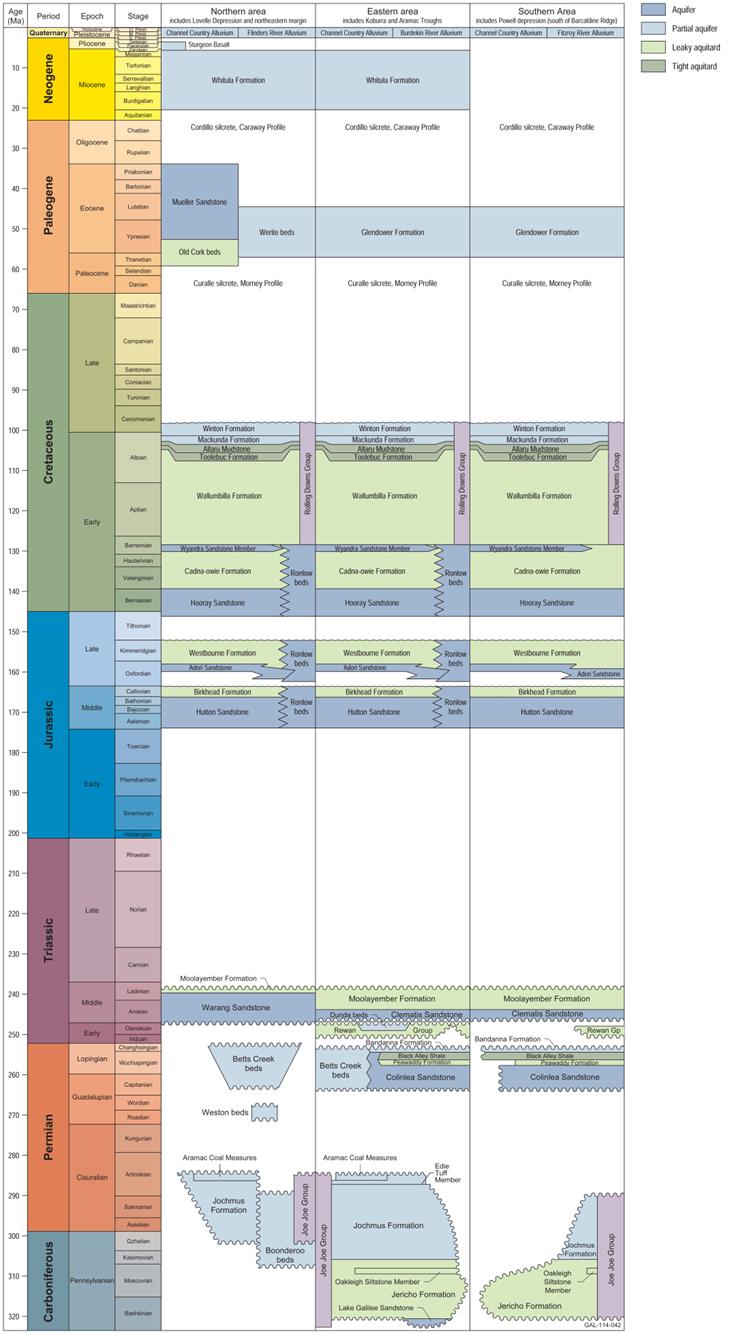 Figure 22 Hydrostratigraphic sequence for the Cenozoic, the Eromanga Basin and Galilee Basin