The largest total export of sediment in the Clarence-Moreton bioregion comes from the Clarence river basin which has loads nearly 200 times higher than those from pre-European conditions. The largest sediment export rate (per unit area) comes from the Tweed River. Total phosphorus export is the highest for the Brisbane river basin which has loads more than five times those from pre-European conditions. Although the largest annual total nitrogen export comes from the Clarence river basin, the Logan-Albert River exports the highest amount of nitrogen per unit area. Serious water quality problems are associated with the drainage of acid sulfate soils located in the coastal areas of New South Wales with 14,700 ha of the Clarence wetlands being affected by drainage activities. Drainage of acid sulfate soils results in the flow of acidic (low pH) water into the surface water system, with reported pH as low as 2.5. 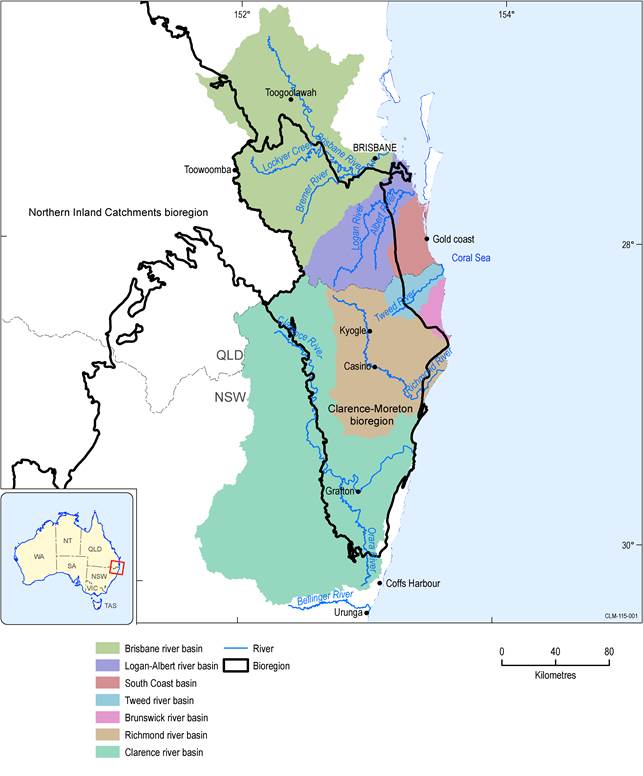