There were two main steps undertaken to determine the PAE:

The first involved assessing the extent of coal seams occurring in the Patchawarra and Toolachee formations in the Cooper Basin. These two units are the most prospective for CSG as a result of their extensively developed coal seams, the depth of these seams and the inferred thermal history of the formations. Depths to the Permian coal measures preclude resource development by open-cut or underground mining. Although coal occurs in other shallower formations, such as the Winton Formation, no economic deposits have been defined in the Cooper subregion, as discussed in companion product 1.2 for the Cooper subregion (Smith et al., 2015). Screening criteria used in defining the geological components of the PAE were:

These criteria were used as they represent current maximum depths of extraction for CSG, and the assumption that CSG will not occur in areas without coal. These also represent areas that do not have resources of shale, basin centred, tight or conventional gas, which only occur at depths greater than 2000 m in the geological Cooper Basin.

Coal in the younger Winton Formation (Cretaceous) was not included in this assessment, due to its thin, discontinuous nature and poor gas shows in drilling on the Innamincka dome in PEL 101 and 103 by AGL Energy Limited (AGL). It is thought only to represent a viable resource where it occurs in conjunction with another oil or gas play (such as a basin centred or shale gas play in the underlying Cooper Basin). Further information on the coal and CSG resources can be found in companion product 1.2 for the Cooper subregion (Smith et al., 2015).

The next stage in determining the Cooper PAE was to incorporate ecological and surface water features. This was done by intersecting the geological components polygon with lakes from 250,000 scale topographic mapping (Bureau of Meteorology, Dataset 4), CAPAD reserves (Australian Government Department of the Environment, Dataset 5) and the DIWA wetlands dataset (Australian Government Department of the Environment, Dataset 6). Where any part of one of these features intersected the geological components polygon, the entire feature was added to the PAE. The resultant PAE incorporates areas that are of both potential future CSG-only development and are significant ecosystems and surface water resources within the Cooper subregion. It includes limited areas of investigation downstream and outside the subregion boundary. 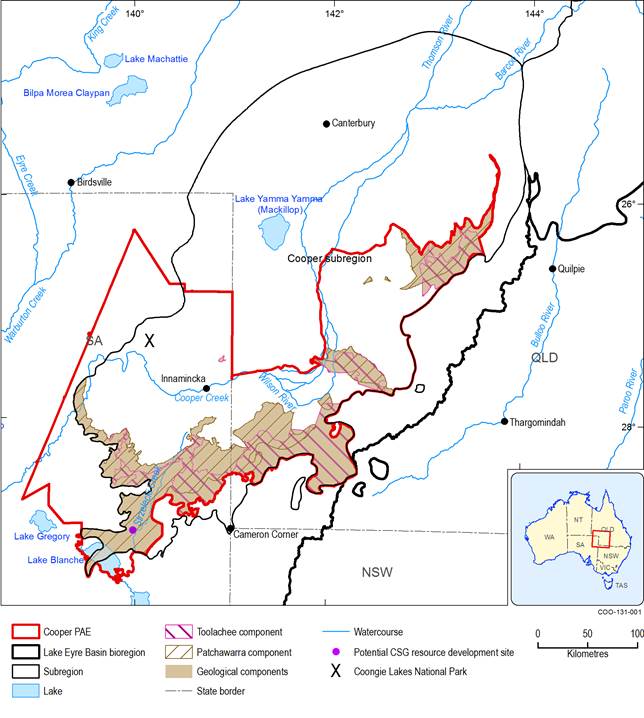 Figure 3 Preliminary assessment extent (PAE) for the Cooper subregion, including the geological components on which the PAE was determined in part

Summary and download
1.3 Water-dependent asset register for the Cooper subregion