Section 1.2.4 provides summary information in map and table form for potential coal and coal seam gas (CSG) resource developments within the Gloucester subregion. This section builds on information already provided in Section 1.2.3. The tables list locations, resource figures and development status relative to environmental impact statements (EIS). In some cases the current status is prior to an EIS being submitted and their inclusion in the table does not imply that development will be proposed. The area of AGL’s proposed CSG stage 1 development area is also included in Figure 9. Coal mine expansion is planned at Yancoal Australia Ltd’s Stratford and Duralie mines and a new coal mine is planned by Gloucester Resources Limited at Rocky Hill.

Figure 9 shows the location of coal deposits in the Gloucester subregion and the area proposed for stage 1 of AGL’s CSG development.

Table 4 and Table 5 list potential developments with locations, resource figures and development status. Resources for coal are consistent (where possible) with the Joint Ore Reserve Committee (JORC) Code and include measured, indicated and inferred resources (inclusive of any reserves). CSG resources are reported as proved plus probable reserves (2P) using the Petroleum Resource Management System (PRMS). 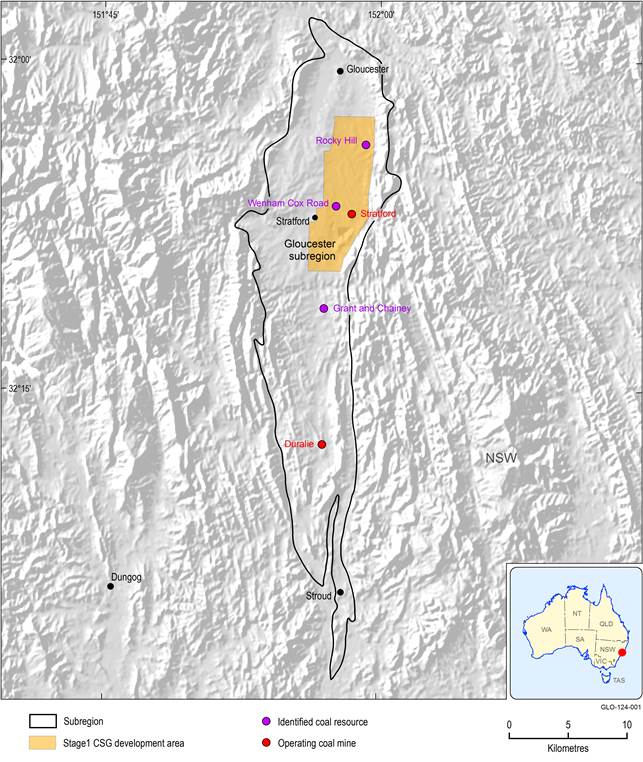 Locations for the Stratford and Duralie operating mines and the deposits at Wenham Cox Road and Grant and Chaney were extracted from the OZMIN database (Geoscience Australia, 2013). The location of Rocky Hill deposit and the AGL CSG stage 1 development area were obtained from publically available company documents. The background is shaded topography. 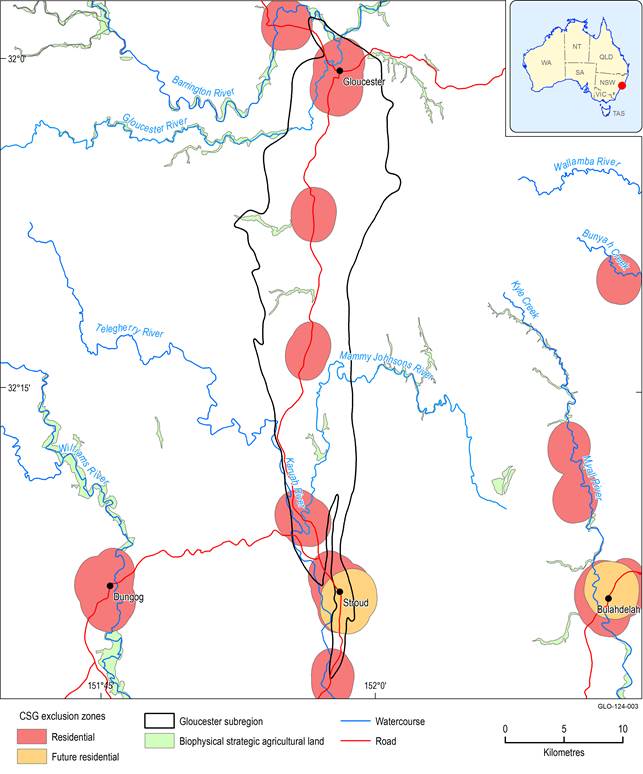 aThe record date is the most recent date for updated coal resource numbers.

cThis is calculated by summing the resources with Joint Ore Reserves Committee (JORC) codes of measured, indicated and inferred.

eResources figures above for Duralie and Stratford are total resources at those mine sites and are not the figures for extensions.