In addition to the current activity of the Waukivory Pilot Project in the Gloucester subregion, AGL has a CSG resource development project known as the Gloucester Gas Project (owned by AGL Upstream Investments Pty Limited, an AGL subsidiary company).

AGL’s Gloucester Gas Project is currently exploring CSG in the Gloucester Basin (Petroleum Exploration Licence (PEL) 285; see Figure 7; O'Kane, 2013, p. 44). Stage 1: Gas Field Development Area (Stage 1) of this project is targeting the deep and intermediate coal seams of the Gloucester Coal Measures, typically below depths of 200 to 1000 m below the depth of shallow fractured rock aquifers (O’Neill and Danis, 2013, p. 72; Parsons Brinckerhoff, 2012, p. 1, 6; NSW Department of Planning, 2010, p. 22). In addition to current wells drilled (Figure 8), Stage 1 has been approved by the NSW Government Planning Assessment Commission to include the drilling of up to 110 gas wells and construction of associated infrastructure, central processing and electricity generation facilities within an area of approximately 209 km2 (NSW Department of Planning, 2010, p. 3; NSW DTI, 2013). (). Proved and probable (2P) reserves of 454 PJ are reported for the Gloucester Basin (AGL Energy Limited, 2013a, 2013). Seismic surveys have been carried out by AGL and its predecessors (AGL Energy Limited, 2013b, p. 27) including a three-dimensional seismic survey that AGL performed to identify faulted areas and assist with well placement (AGL Energy Limited, 2013b, p. 93). Additionally, AGL is carrying out stress testing to build a mechanical Earth model and geophysical logging to assist fracture stimulation modelling (AGL Energy Limited, 2013b, Appendix B, p. 14).

110 gas wells and associated infrastructure including gas and water gathering lines, within an approximately 50 km2 section of the overall 210 km2 gas field development area, between the townships of Gloucester and just south of Stratford in the Gloucester local Government area.

Although no additional wells have been planned or approved to date, Section 5.3 of the Gloucester Gas Project environment assessment states that ‘based upon current knowledge, approximately 200 to 300 wells are likely to be developed in the Concept Area over a 20 year time period’ (AECOM, 2009, p. 5–5). However, if AGL still proposes to drill 200 to 300 wells as part of a staged development, future applications will need to be lodged for those wells as part of the ‘Subsequent Stages Project’ described in the concept plan approval (NSW Department of Planning, 2011b; NSW Government Planning Assessment Commission, 2011) in order to obtain approval by the NSW Government. Approval may also be required under the Commonwealth’s Environment Protection and Biodiversity Conservation Act 1999 if the proposed development is deemed to have a significant impact on matters of national environmental significance. 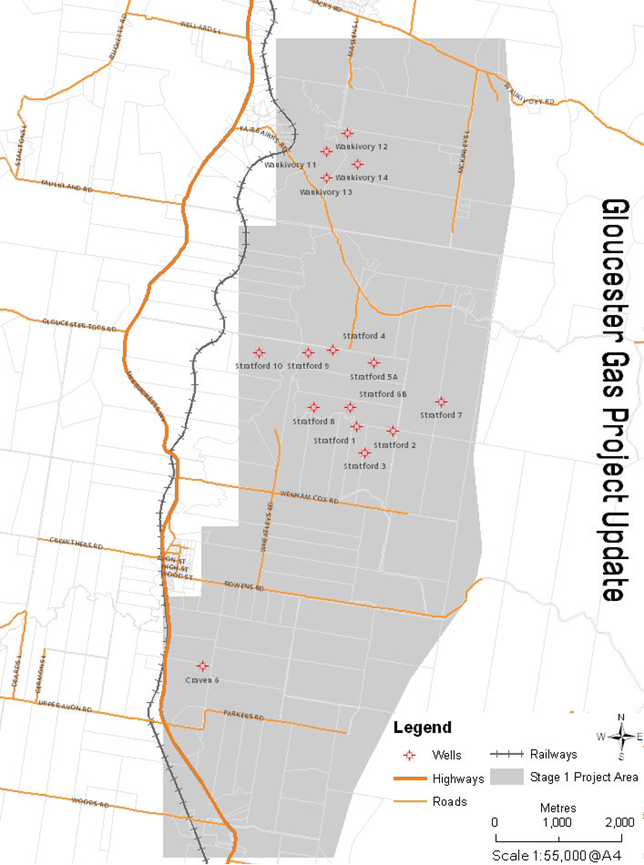 Figure 8 Location of wells for the Gloucester Gas Project

the pre-construction, construction, commissioning, operation, decommissioning and rehabilitation of gas wells and associated infrastructure including gas and water gathering lines and temporary construction facilities, within the remainder of the 210 km2 gas field development area, in the Gloucester Shire and Great Lakes Shire local Government areas, which may be developed in one or more discrete stages (NSW Government Department of Planning, 2011, p.5).

Project approval in this instance refers to ‘approval granted for a project in accordance with section 75J of the Environmental Planning and Assessment Act 1979 (NSW Department of Planning, 2011b, p. 8).

In summary, the concept and project plan for Stage 1 was approved by NSW Government in 2011 (NSW Government Planning Assessment Commission, 2011). The then Minister for Sustainability, Environment, Water, Population and Communities, the Hon. Tony Burke, MP, approved the construction, operation and decommissioning of no more than 110 wells for Stage 1 on 11 February 2013 (SEWPaC, 2013).

At present, there is no plan for a Subsequent Stages Project (Gloucester Gas Project stages beyond Stage 1) in the public domain. It is understood that exploration is continuing with additional pilots proposed in financial years 2015 and 2016. There will be no firm number of additional proposed wells or locations until the exploration program has progressed and new environmental assessments have been completed. Subsequent stages may be south of Stage 1 and there may also be some expansion to the west, whilst expansion to the north of Stage 1 is unlikely, given the current NSW Government 2 km exclusion zone around residential areas.