Gas is associated with coal-bearing units throughout the Cooper subregion. Coal seam gas (CSG) production does not currently occur as a stand-alone operation in the Cooper subregion, although since 2010 the southern margin has been the focus of detailed CSG exploration and appraisal. The Weena Trough, in particular, has the most advanced CSG-only development occurring in it. 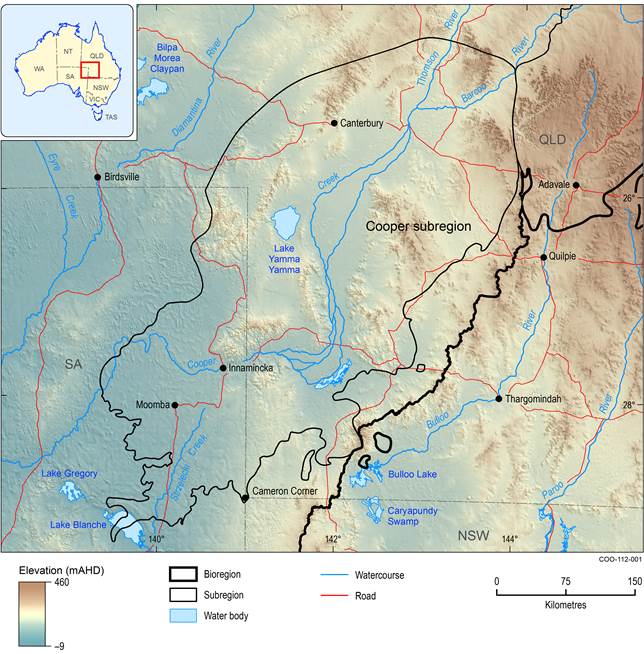 Figure 3 Location and topography of the Cooper subregion

The Cooper-Eromanga Basin system is the largest hydrocarbon-producing onshore basin in Australia. Conventional oil and gas have been produced from fields in the Cooper Basin since the 1960s. Gas processing facilities are located at Moomba in SA and Ballera in Queensland, and oil processing facilities at Moomba in SA and Eromanga and Jackson in Queensland. There are approximately 190 producing gas fields, with approximately 820 gas wells, and approximately 115 producing oil fields and 400 producing oil wells in the Cooper Basin (Santos, 2014). Geoscience Australia and BREE (2014) report total production of 6926 petajoules (PJ) and remaining resources of 1693 PJ for conventional gas resources from the Cooper-Eromanga Basin system. The Eromanga Basin is predominantly oil-producing with minor gas. In contrast, the Cooper Basin is gas-dominant with a considerable light liquid component. Oil and gas production in the Cooper Basin has been from eight formations in a thick sequence containing several coal-bearing units and carbonaceous siltstones, predominantly from the Gidgealpa Group (Radke, 2009).

Recent exploration, appraisal, and production activity has also focused on basin-centred gas, shale gas, deep coal seam gas, and composite hydrocarbon resources. Coal seam gas (CSG) was recognised as a potentially economic resource target in the Cooper Basin in 2000 (Simon, 2000), and exploration wells dedicated to CSG were drilled from 2007. More information on these unconventional oil and gas resources can be found in Goldstein et al. (2012), Geological Survey of Queensland (2012) and the Australian Gas Resource Assessment (Geoscience Australia and BREE, 2012, 2014).