The classification of Australia’s coal resources is based on the national system for classifying identified mineral resources (Geoscience Australia and BREE, 2014). This classification scheme provides a suitable and readymade framework that is used as the initial basis for helping to determine the coal resource development pathway in each bioregion and subregion.

The publicly reported data and information are compiled, evaluated and aggregated into the various categories of the national classification scheme to provide a reliable estimate of the national resource base. The national resource classification scheme recognises resources based on the degree of geological assurance of the commodity, coupled with the economic feasibility of extracting the resource (either now or into the future). The former is based on the type, tonnage and grade of the resource, whereas the latter is based on economic considerations such as commodity prices, capital and operating costs, and any applicable discount rates. These concepts are illustrated in Figure 11. 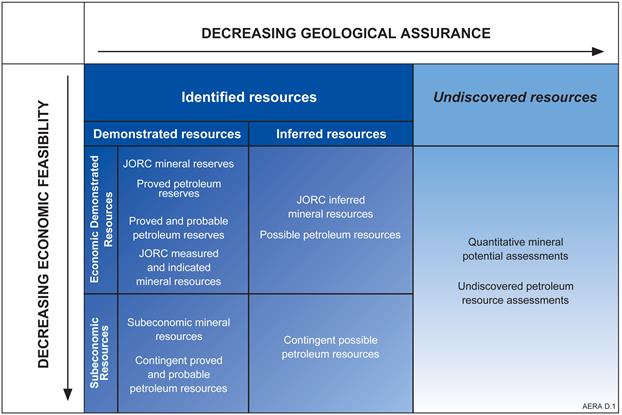