How does the bioregion's geology and hydrogeology influence water movement?

To enable accurate hydrological modelling of areas of potential change, a bioregion-wide three-dimensional geological model was developed for the assessment (Figure 2). The model provided an understanding of the bioregion’s geology and hydrogeology to identify pathways between different parts of the hydrological cycle.

Analysis of the model demonstrated that a geological basement ridge forms a natural barrier separating the Richmond river basin in NSW and the Bremer river basin in Queensland. This means the West Casino Gas Project is hydrologically disconnected from the baseline Jeebropilly Mine. Because of this, and because the assessment focused on potential impacts due to additional coal resource development (Box 2), only the West Casino Gas Project was modelled.

The analysis based on the geological model also improved understanding of the geological structure and layers, helping to map the three-dimensional extent of the Walloon Coal Measures, the main target of CSG exploration in this bioregion, and other key aquifers such as the alluvium and Lamington Volcanics, as well as aquitards including the MacLean Sandstone, Bungawalbin Member and parts of the Grafton Formation (Figure 3). In addition, it highlighted the role of the outcropping Lamington Volcanics in NSW and Main Range Volcanics in Queensland as the main groundwater recharge areas in the bioregion. These aquifers are mostly less than 200 m thick but are locally up to 900 m thick near major extinct volcanoes. Due to its regional extent, considerable thickness and high recharge rates, the Lamington Volcanics form a major regional aquifer system with a very large storage volume, which sustains permanent or near-permanent flows in most major streams within the Richmond river basin.

Conceptual uncertainties about the connectivity between deep and shallow aquifers in general, and the role of faults as potential pathways linking the Walloon Coal Measures to shallow aquifers and surface water features in the Richmond river basin, are further explained in ‘How to use this assessment’. 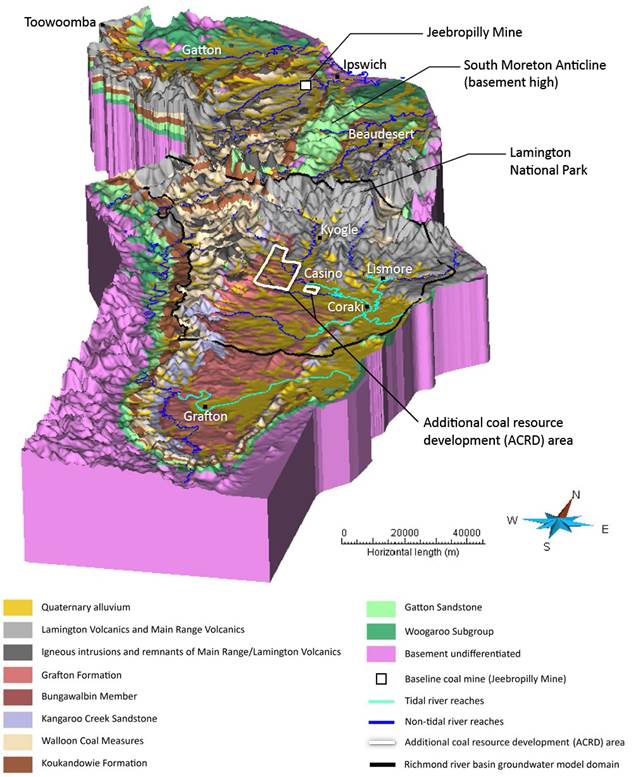 Figure 2 Three-dimensional geological model of the Clarence-Moreton bioregion viewed from the south-east, showing the distribution of the different types of aquifers (alluvial, volcanic and sedimentary bedrock) 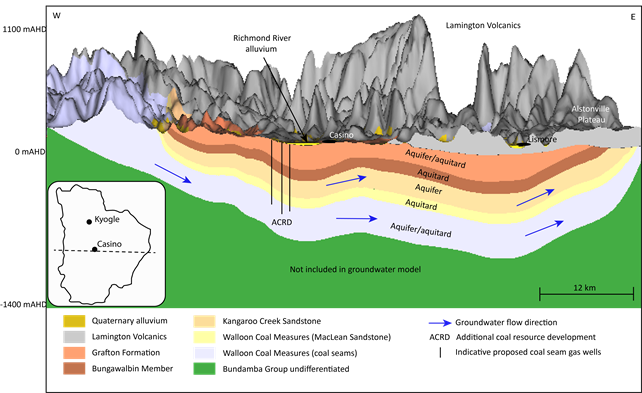 Figure 3 Simplified conceptual diagram of the cross-section through the central Richmond river basin, highlighting aquifer geometry and relative thicknesses of aquifers and aquitards

This cross-section is a stylised representation from the geological model, and has been vertically exaggerated (by a factor of 12, both above and below ground) in order to make it easier to distinguish the relationship between different geological units. The additional coal resource development (ACRD) only includes the West Casino Gas Project.