How could coal resource development result in hydrological changes?

Coal mine and CSG operations can induce changes in groundwater and surface water; such changes depend on varying factors such as hydraulic properties of the rocks and sediments near operations, and geological fracturing and faulting. This in turn can potentially reduce the quantity of water that would otherwise discharge to a stream, or may cause a drop in water level in a groundwater bore, which makes water extraction more difficult, or cause the bore to dry out (periodically or permanently).

The assessment identified the hazards associated with CSG operations that could potentially result in hydrological changes; this process provided a crucial underpinning to hydrological modelling. The chain of events that commonly arise from these hazards were subsequently analysed and categorised into four major causal pathway groups (Figure 4):

Hazards and causal pathways associated with coal mining were not considered further because no coal mines were modelled. Hazards ruled out of the assessment include accidents and those managed by regulation or site-based risk management. 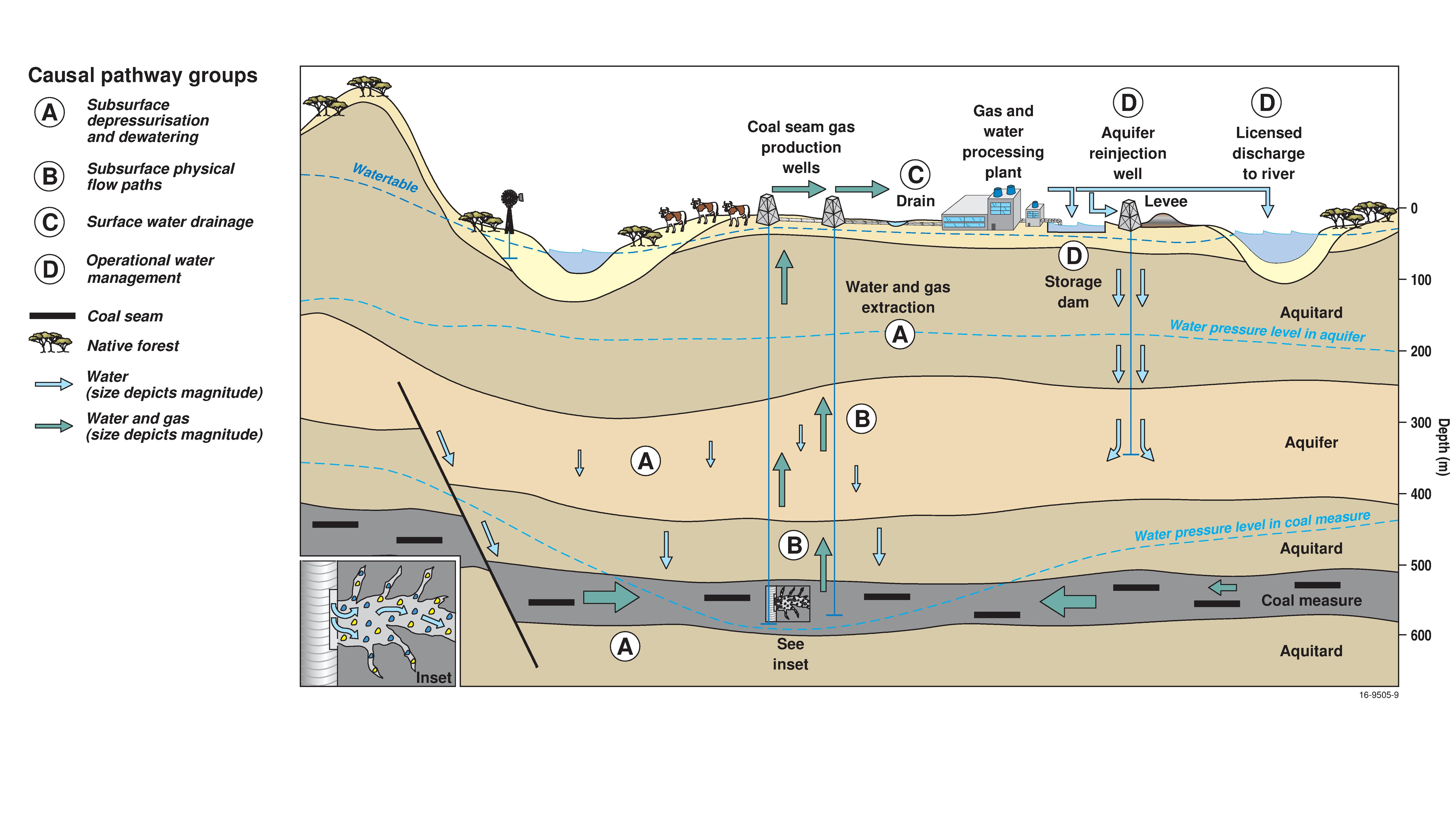 This schematic diagram is not drawn to scale and is generic. In a hydrologically confined aquifer or coal measure, the water pressure level may rise above the top of the geological layer. Groundwater drawdown caused by coal seam gas extraction does not necessarily translate to changes in depth to the watertable (Box 4). The inset schematic shows hydraulic fracturing of a coal seam, where a mixture predominantly composed of water (blue) and sand (yellow), with minor amounts of chemical additives, is injected at high pressure into the well to produce small cracks in the coal (lighter grey zone). This process enhances the permeability of the coal seam, enabling larger volumes of gas and water to be subsequently pumped from the well.