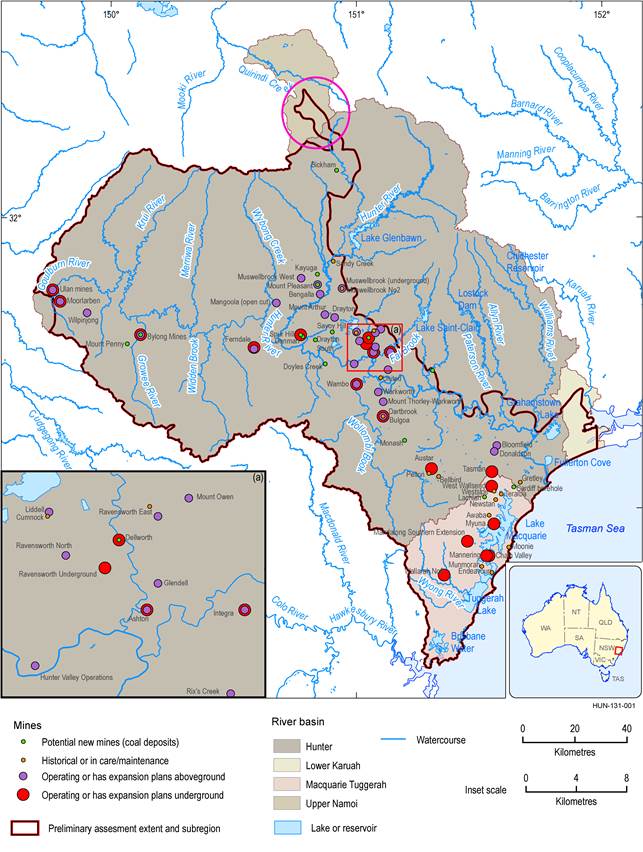 The PAE coincides completely with the subregion boundary. The small area contained within the pink circle flows into the Namoi river basin and has no current or proposed coal resource development.

Summary and download
1.3 Water-dependent asset register for the Hunter subregion