The Galilee subregion contains the headwaters of six major river basins including the Cooper and Diamantina in the west, the Flinders in the north, the Burdekin and Fitzroy in the east and the Warrego in the south (Figure 3). More information about these river basins is available in companion product 1.1 for the Galilee subregion (Evans et al., 2014). There are potential coal resource developments to occur in three (Cooper, Flinders and Burdekin) of these six river basins. The water accounts for these three river basins are described in the following sections. 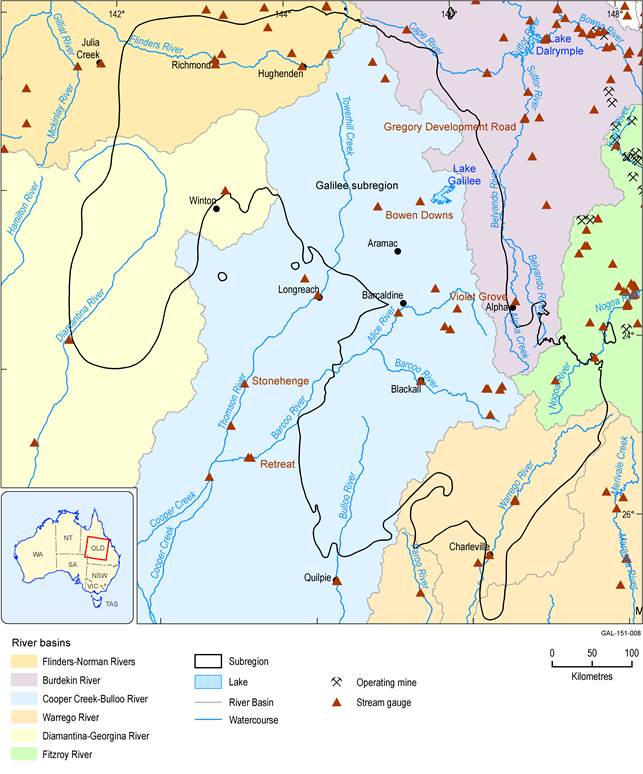 Figure 3 River basins and stream gauges in the Galilee subregion

Currently, the information on total surface water yield is not available for the Cooper creek basin. There are about 50 nominal entitlements defined as either ‘basic right’ or ‘water access right’ amounting to 19.8 GL of water for the stream network across the river basin (Table 3). The total amount of unallocated water is unknown for the Cooper creek basin. In the 2011 water resource plan for Cooper Creek, the Queensland Government reserved a total of 2 GL of unallocated water (200 ML for general reserve, 1.3 GL for strategic reserve and 500 ML for the town and community reserve) to meet future demand (Department of Environment and Resources Management, 2011).

Water in the Flinders river basin is shared and managed under the Gulf Water Resource Plan (WRP) and Resource Operation Plan (ROP). The Gulf WRP was first released in 2007 and amended in 2011 to establish unallocated water reserves to support Indigenous people. The Gulf ROP was first released in 2010 implementing the objectives specified in the WRP 2007. Both the Gulf WRP and ROP were amended in 2014 (Department of Natural Resources and Mines, 2014).

There are a large number of dams and weirs in the Burdekin river basin located on the Burdekin, Haughton and Bowen rivers. The Burdekin Falls Dam (1860 GL capacity), which is the largest dam in Queensland, is the major water storage in this basin and much of its water comes from upper catchments runoff including areas within the Galilee subregion. Although the Burdekin river basin is highly regulated in the downstream part of the catchment, the headwater catchments remain unregulated. The MAF at Violet Grove of Native Companion Creek (a tributary of Belyando River) and at Gregory Road on the Belyando River is 62 and 698 GL respectively. Ten out of eleven proposed coal mine development sites are located in the Burdekin river basin. Out of the ten, seven (Alpha North, Kevins Corner, Alpha, Alpha West, Alpha Waratah, China First and South Galilee) are within the Belyando river sub-basin and three (China Stone, Carmichael and Hyde Park) within the Cape river sub-basin. Current water licences are allocated under Burdekin Haughton and Bowen Broken water supply schemes. The amount allocated depends on availability of water. The maximum allocation under the Burdekin Haughton water supply scheme is 204 GL for the high priority group and 1300 GL for the medium priority group (Department of Environment and Resources Management, 2010). There are about 18 nominal entitlements (as either basic right or water access right) totalling 2.5 GL for the stream network located within the Galilee subregion (Table 5).

This report has focused on Cooper creek and Flinders and Burdekin river basins because those river basins are the closest to likely coal resource development. Further work may need to be done to estimate water availability in other parts of the Galilee subregion.

Summary and download
1.5 Current water accounts and water quality for the Galilee subregion